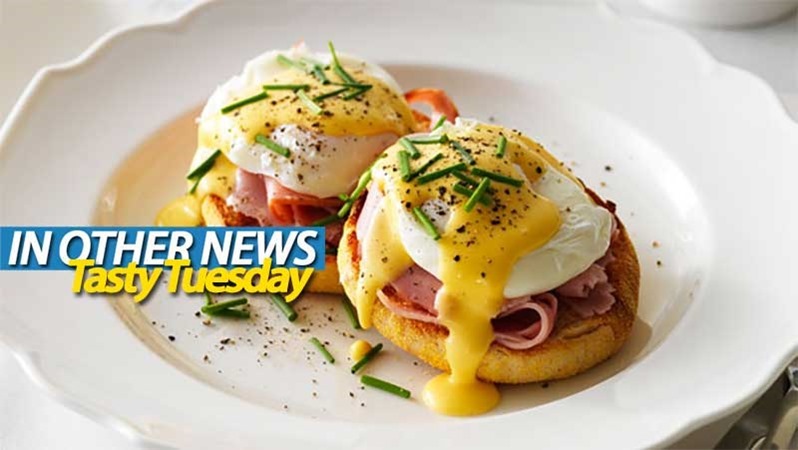 Breakfast is the most important meal of the day, and one of the tastiest. Everything is made better by the inclusion of English muffins though – which makes Eggs Benedict one of the very best breakfasts available on the planet.

Toasted English muffins, topped with ham or bacon, poached eggs and a liberal coating of one of the French mother sauces, Hollandaise, and you’ve got sex, right in your mouth. There’s just something magical about the harmony of a lemon infused, butter and egg yolk emulsion drizzled over softly poached eggs that’s downright exciting, and a mighty fine start to the day.

In other news: Put down your Joystiqs, not buying Amiibos makes you a better person and the seedy side of Star Wars.

Here’s the new we didn’t post because the devil made us do it.

Unwrapping the world of The Witcher 3: The Wild Hunt
Resisting the urge to buy Amiibo has taught me a lot about myself
The seedy side of the Star Wars Universe