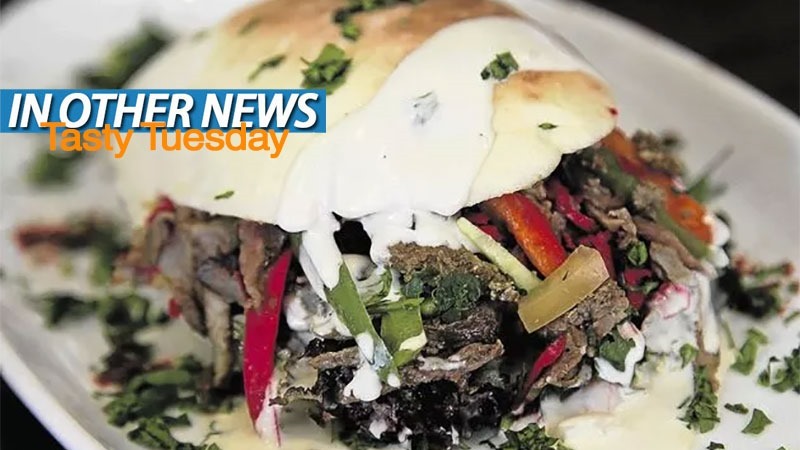 I find it very hard to believe that the people who saved New York (AND THE WORLD!) form a horde of invading aliens had never in their lives had the pleasure of eating a schwarma, those middle eastern pockets of slowly vertically spit-roasted, shaved and then flash-fried bits of meat, accompanied with sauces and vegetables

Here, if you’d had Schwarma, it’s likely been courtesy of Mi-Vami or the increasingly ubiquitous Anat – but if you want something a little more authentic, I’d suggest heading down to The Schwarma Company in Norwood, nestled in Johannesburg North East.

It’s a great place for not just schwarmas, but a cornucopia of related foods; Laffa wraps, falafel, superlative humus and tahina, shish kebab and some of the best chicken livers you’ll ever have. They’re not what I’d call cheap, but portions are huge and you’ll leave with a full belly and a smile on your face.

In other news: Thank Iwata for folders, scary stuff is gold, silly looty RPG is gold and the Legend of Korra’s gonna be tough.

Here’s the news we didn’t posts because we’re too busy blaming the ios8 update for increasing demand on our network.

Battlefield 4 September patch is rolling out now
Galaxy Trucker board game raises shields on iPad
Wii U firmware update adds folders
Borderlands: The Pre-Sequel goes gold
Legend of Korra will have difficulty levels that Platinum fans expect
Assassin’s Creed Rogue video sails and assails
The Evil Within has gone gold, so lets hack up some bodies

SAW is getting a 10th anniversary re-release
Peter Jackson talks The Hobbit: The Battle Of Five Armies and how he’s expanding the story
William Shatner may beam into the next Star Trek movie
Crouching Tiger Hidden Dragon: The Green Legend will hit both IMAX and Netflix, plus new images!
Victor Zsasz and a few more villains are coming to Gotham
The Walking Dead spinoff show’s character descriptions give us the first hints of the story
We Review The November Man – Tired and generic old man spy thriller