Home Gaming Is this crazy new pricing from Ubisoft for real?

Ubisoft have a new racing game  – The Crew – coming out in the near future and while the genre appears to be quite cramped Ubisoft feel they are offering something unique that will help them succeed. I’ve played the game and it’s a lot of fun and if the game ends up being as good as the preview then it likely will do very well indeed.

Well that’s what I thought before I saw the insane pricing that Ubisoft may be testing out in Europe right now.According to some investigation by dualshockers the next gen versions of The Crew are currently available for pre-order from Gamestop for an incredible €100, or R1417 in local currency.

My first thought was that this was simply a retailer getting the price wrong but this price is repeated in Germany, Switzerland and Italy. Not the exact price mind you, they are all a few cents apart which make it look less like a placeholder price.  In fact the German and Italian Gamestops are already accepting pre-orders at that price.

Locally I can’t find anyone listing a price for The Crew but if this new pricing is true I can’t see any other outcome than a massive failure for Ubisoft’s The Crew.

Oh and if you were wondering if this was an online issue only, here is a picture taken from inside a store 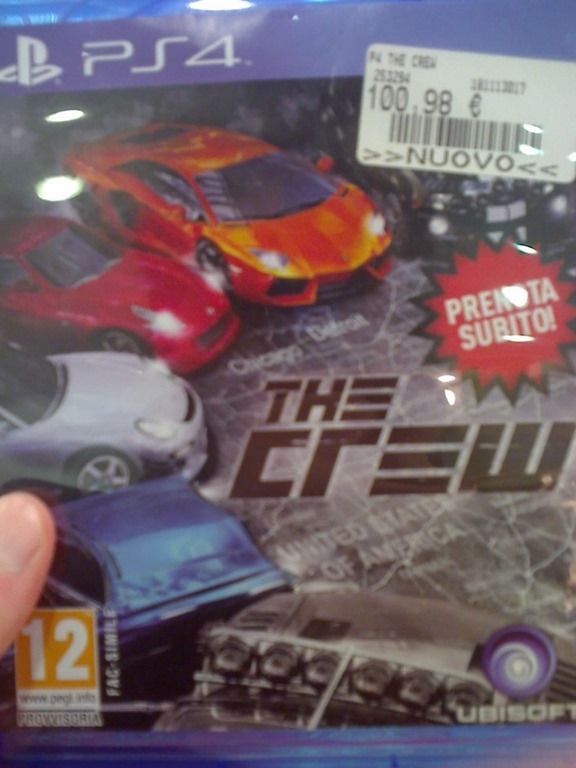 However it’s not all doom and gloom right now as UPlay has the titled listed for a more reasonable €70, however that still works out to R1044. Now remember what I was saying about game prices going through the roof locally. Depressing isn’t it