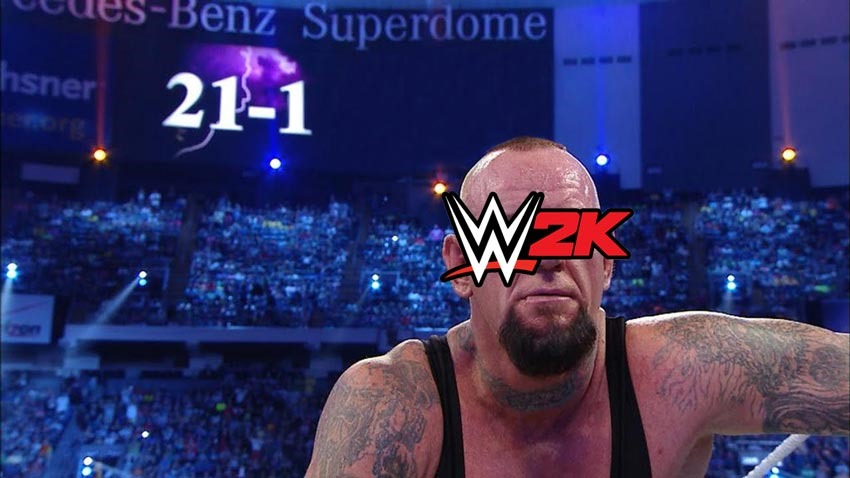 The WWE has had some good years and some bad years, but 2020 is turning into something else entirely for ol’ Vinny Mac and his crew of top-rope acrobats. Before the infamous culling of talent that became known as Black Wednesday (and finally set The Revival free!) and before Vince McMahon’s dream of resurrecting the XFL went down in flames once again, it looked like the WWE would be losing some lucrative coin in the video game tie-in market.

Breaking a streak of 21 uninterrupted releases of official wrasslin’ games, the WWE series which 2K took over a few years ago after the demise of THQ, is taking a break this year. With no superstars on hand to perform motion capture for the game and the absolute mess that was WWE 2K20 still fresh in the minds of the traumatised fans who had to go to bed knowing that they’d spent a large chunk of change on a game that stunk worse than Rikishi’s mawashi ring gear, chances of a 2020 WWE game being released looked slim.

Former WWE Smackdown! vs. RAW writer Justin Leeper delivered sweet chin music to those hopes and dreams with a video on April 11 where he detailed that the game wouldn’t arrive, a claim that WWE interim chief financial officer Frank Riddick confirmed in an investor’s call when he was quizzed about the game’s release (via Kotaku):

There’s not going to be a launch of a game this year.

And there you go, final nail in the coffin of this gruelling buried alive match. It’s a damn shame not to have any of the absurdist escapism of the WWE in this wacky year, but considering just how bad WWE 2K20 was (which saw Yukes dumped and development duties handed over to Visual Concepts), it’s probably for the best. WWE 2K20 was a dumpster fire of glitches, broken code and missing features that became a meme factory of silliness on launch.

Imagine a spectrum of the best WWE games, like No Mercy and Here Comes The Pain. On the opposite end, submerged in the raw sewerage that is the WWE’s creative department that wanted to turn the Revival into a comedy tag team and made Dean Ambrose carry Mitch the potted plant around, lies WWE 2K20. It’s just that damn bad.

And that’s the bottom line, because Stone Cold D said so.