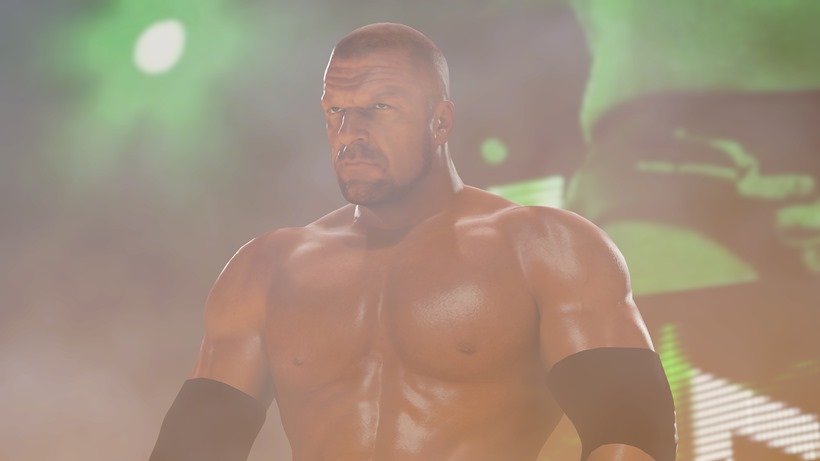 MY GAHD KING! HE DONE RUSHED INTO THE RING AND HIT THE CHAIRMAN WITH THE STUNNER! BAD NEWS BONTHUYS IS NOW ASSAULTING THE REFEREE! SOMEBODY CALL THE DAMN MATCH OFF! MY GAHD! THAT TABLE HAD TWO WEEKS UNTIL RETIREMENT, AND HE DONE BROKE IT IN HALF!

That’s pretty much my own blow for blow commentary that I do whenever I play a WWE game, a fact that usually results in my neighbours calling the cops to deal with my match analysis.

Last year, WWE 2K15 looked quite damn good in the visual department. This year however, it’s looking better based solely on my current crush on at least one WWE diva, Paige. She’s like the Tali of the squared circle for me.

Anyway, here’s a bunch of new screenshots of the game (and character poses!), starring various mountains of rippling man-muscle that could probably break an actual table in half with my puny frame:

WWE 2K16 looks to be learning from last year’s tepid launch. Hopefully. The game has a ton more content than last year’s edition, and it’ll hopefully, finally fix that damn reversal system for once and for all.

That has always been my biggest gripe with WWE 2K games, because just once, I’d like to be able to block an attack in a window of time that lasts longer than a stealth fart.

It’s a system that has been horribly broken for far too many years now, and even if reversals now have a more limited stock of which to use, increasing the reaction time to apply them would make a world of difference, that would give WWE 2K16 the back and forth tussle that it is looking to simulate.

There’s a lot of new faces in WWE 2K16 this year. I think this time, I’ll be making a Green Arrow character to tag team with Bad News Bonthuys.

You have not failed this episode of RAW, Amell.