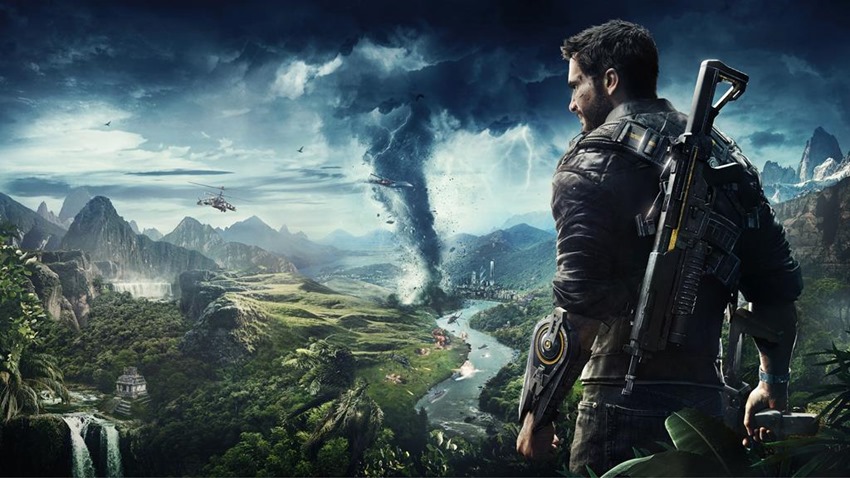 I’ve got two words for you: Christmas catharsis. Come the silly season, I’m not looking for games that urge me to ponder about the nature of man or some other philosophical rumination. Jingle balls to that, I want something to help unwind and relax. A game that goes for the lowest hanging fruit on a tree and gives me a release valve for the sheer horror of having to brave a shopping mall filled with nothing but barefoot visitors from the north and the terrifying sound of Boney M’s Drummer Boy.

Just Cause 4 is probably going to be that game. It’s unashamedly built on a foundation of explosions, features the usual open-world glut of activities to engage in and then tosses some TNT at those side-quests. What’s really different this time however? The fact that the physics of the sandbox present in Just Cause 4 are now even more ludicrous, thanks to the addition of new tools and an enemy faction that has managed to weaponise the weather itself. Just like COBRA did in GI Joe, I think.

Basically, you’re going to need a beefy PC to run the game at its very best. Here’s the official list of specs from Square Enix that details just how explosive your hardware needs to be:

In addition to all that, Just Cause 4 will of course have the standard expansion pass of extra content. The post-launch offerings in Just Cause 3 weren’t bad and actually did add some fun new elements to Rico’s arsenal, but they also had the unfortunate side effect of completely buggering the game up on a technical level, causing choppy performance and frequent crashes. Hopefully Just Cause 4 has learnt something from that debacle. Here’s a taste of the expansion pass offerings that’ll arrive in 2019: