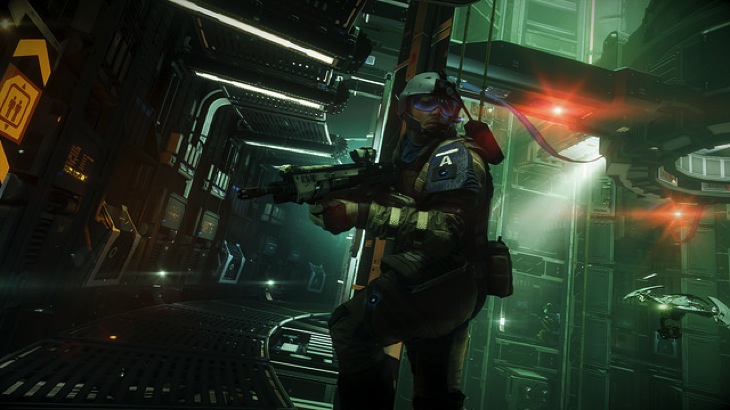 Killzone Shadow Fall is getting its first multiplayer DLC: The Insurgent Pack. It has a bunch of new features for people who choose to purchase it, or for those with the season pass. However, those people who opt not to buy still get to benefit with some new maps.

First up, some details about the DLC. It offers up a new character class, three new abilities and two new game modes. The new class is “the Insurgent”, complete with two unique abilities: Hack and Steal. Beyond that, the Scout, Support and Assault also get the following additional abilities:

Next up, the three new weapons: M82, L512 SMG Pistol and Sta14 Rifle. All the better to get your pew pew on! New modes include a new Single Player Elite Mode which gives players three lives on hard difficulty – way to test your will. The other new mode is the Online Collectible mode in which you find online collectible crates in game for rewards.

Now for the maps. The Insurgent Pack brings us the Cruiser map and the Hanger map.

The Cruiser map is set in a decommissioned VSA cruiser full of narrow, labyrinthine passages and interconnected compartments. Perfect for close-to-mid-range combat, the key to owning this map is identifying and dominating its many choke points.

Then we have The Hangar which takes place in the hangar bay of one of Helghan’s vast and lofty mining spires. This wide-open map combines large exposed spaces, perfect for sniping, as well as alternative routes to seek out and secure for total domination.

Check out these videos to see just how cool the maps look:

I’ve got to say, I like that they are giving the maps for free. DLCs are not my favorite thing in gaming, but I know plenty of people like the new content, especially for multiplayer matches. At least this way, everyone can still play together, even if they haven’t bought the DLCs. The maps will just be available for everyone to download and explore. If you’ve got to do DLC, I think this is the way to do it.