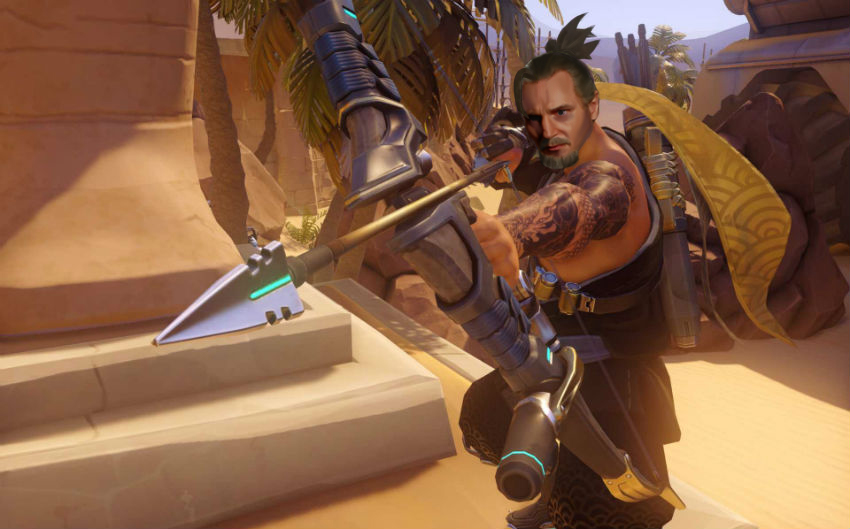 Rejoice! I say again, rejoice! Praise to the gods as Scatter Arrow is no more! Yes, the long-awaited rework for archer hero Hanzo has finally been rolled out onto the live version of Overwatch, bringing with it his new abilities replacing the (very damn well deserved) much -maligned Scatter Arrow and it’s completely random killshot bullcrap. (Based on these subtle hints, you may have guessed that I am not a Hanzo fan).

After spending the last few weeks being tweaked on the PTR, the newest update for Overwatch went live last night with Blizzard introducing the latest character changes as well as a new map. As previously advertised, a daytime version of Rialto – the Venice-based map that featured in the most recent Retribution event which ended 30 April – will be available to play now as a payload escort mission. Rialto will only be part of the game’s Quick Play and Arcade game modes as Blizzard will hold it back from Competitive “until a future patch” when everybody is more acquainted with it. Here’s the official description of Rialto:

Rialto was home to Talon agent Antonio Bartalotti’s sprawling estate and the backdrop to the infamous “Venice Incident,” a turning point for Overwatch and Talon. The Italian government has taken great steps to preserve Venice, and the results are striking. Tourists visiting this picturesque town can sample the regional cuisine, enjoy a relaxing gondola ride, visit Galleria D’arte Omnica, or simply take in the sights with a stroll along the canal. 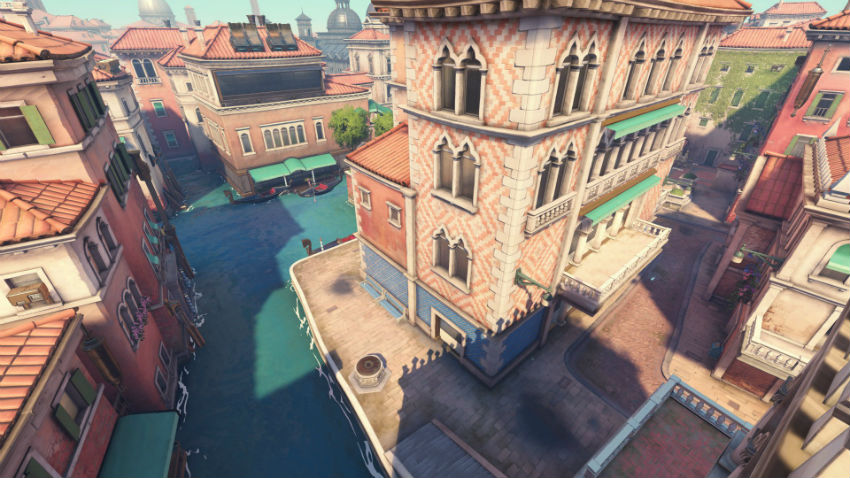 Along with the new map, the aforementioned Hanzo rework now also takes effect. While losing Scatter Arrow, Hanzo now gains Storm Arrows which allow him to “rapidly fire up to 6 arrows that deal reduced damage but are always fired at full power”. Hanzo also gains a new movement ability, Lunge, which allows him to dodge in mid-air and get to new locations. Other tweaks include his projectile speed being slightly increased to make for easier target tracking and his Sonic Arrows’ radar radius being reduced but having its duration increased and cooldown dropped.

Hanzo isn’t the only hero getting some tweaks though, although his are the most significant changes. Newest hero Brigitte has had the collision area of her shield bash reduced, which makes it less easy for her to stun you but also easier for her to aim at a specific target. Genji has also had the hitbox on his Deflect ability shrunk down slightly, to prevent him from deflecting incoming attacks that are nowhere close to his sword.

Mad bomber Junkrat also got a slight nerf as his projectile size has been reduced, forcing him to be more accurate, as well as some changes that make it easier to avoid his RIP-tire. As somebody who loves playing Junkrat, even I have to admit that recent buffs have made him a bit much and he needs to be reined in a bit. Speaking of which, Tracer’s Pulse Bomb has seen its damage reduced by 25% which should help to prevent those times when a Tracer can stick her bomb on an unsuspecting Reinhardt’s back and kill most of the team in the ensuing explosion. 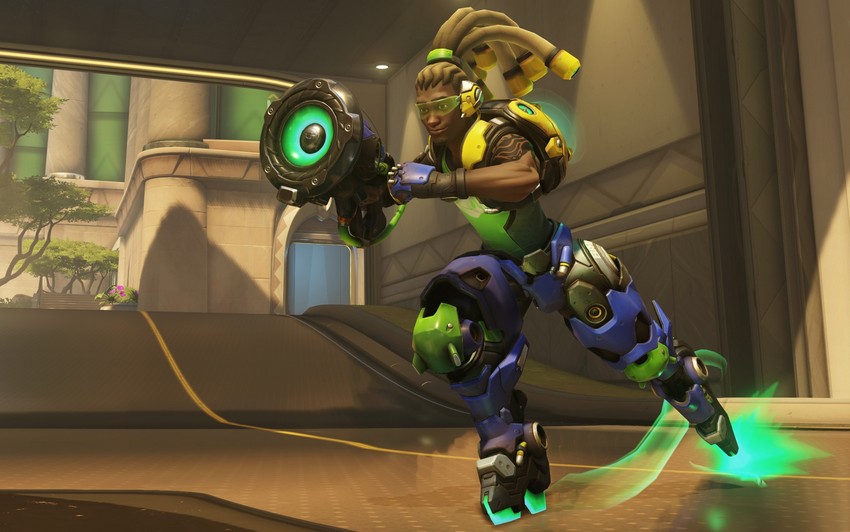 It wasn’t all nerfs though as Lucio is getting a small but potentially very important buff to the mechanics of his wall-riding. This tweak should make for much more fluid movement and give Lucio players even more tools to get around the map quicker. He is also getting a slight change to his Soundwave ability which makes things easier.

Check out details of the character specific tweaks below, and you can read the Patch Notes in full, including many bug fixes and changes to Overwatch’s Game Browser over HERE.

Developer Comments: When fighting against Brigitte, it often felt like Shield Bash was able to hit players who felt like they were out of its range and should have dodged it. On the flip side, when playing as Brigitte sometimes players would hit the wrong enemy in the middle of a fight. With the cone being reduced, the ability is more accurate to its visual representation.

Developer Comments: The hitbox on Genji’s Deflect was big enough that it would sometimes reflect projectiles that were pretty far away from him. We’ve tightened up the hitbox, which should solve this problem while still fully protecting him from projectiles that would hit him from the front.

Developer Comments: The goal of these Hanzo changes is to allow him to have new options and maintain his high damage output, while removing the frustration of fighting against the old Scatter Arrow. Hanzo is now much more mobile with his new Lunge ability, and with the combination of the bow projectile speed increase and the new Storm Arrows ability he can now deal his high damage more consistently than ever before.

Developer Comments: These changes are aimed at lowering some of the most frustrating parts about playing against Junkrat. Decreasing the Frag Launcher’s projectile size means he will have to aim a bit more carefully to land powerful direct hits and slowing the RIP-Tire’s movement speed gives his opponents slightly more time to destroy it before it detonates.

Developer Comments: Wall Ride has been significantly overhauled to allow it to function more smoothly across more areas of every map. Lúcio players should instantly notice a huge improvement in where and how Wall Ride can be used. In addition, Sonic Amplifier’s Soundwave ability was unnecessarily controlled by both a cooldown and an ammo cost, so we’re removing the ammo cost.

Developer Comments: Pulse Bomb was too good at killing tanks, who can be easy to stick due to their size. This damage reduction makes it less powerful as a tank-destroyer, while keeping it lethal against most other heroes.

Are you a Hanzo main that will miss your Scatter Arrow, or, like me, you’re just tired of its malarkey and are overjoyed at seeing it go? Let us know in the comments down below!