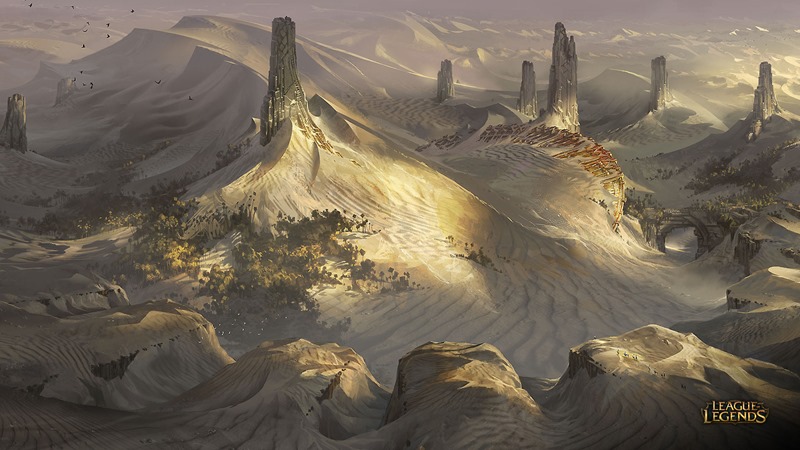 Riot Games recently announced their desire to give League of Legends and its lore a good spit and polish. This will allow them to not only tell a more compelling tale, but also allow them to really flesh out heroes as well as incorporate new game modes. Their project appears to be well underway.

Let’s kick off with the new game mode called Ascension. Riot have released a trailer showing what players can expect.

Ascension is the latest featured game mode where two teams of five square off to rip the Ascension buff away from the Ancient Ascendant Xerath and use its power to conquer the Crystal Scar!

I like it, looks like it could be a lot of fun. The game premise is simple: a team needs to get 200 points to win. There is a twist though. In the middle of the map lies Ancient Ascendant Xerath. He’s tough, but taking him down will grant some really awesome buffs:

Having this buff has its own drawbacks too. Healing and regeneration effects will be halved and the enemy team will be given constant vision of you. Scoring in Ascension will work as follows:

To tie this game mode together, Riot have released the first part of two videos which details the Shurima saga. There are two champions involved, Cassiopeia and Sivir. What mysteries await them at the end of their journey? You might spot some other familiar faces too…

I must say, I’m really enjoying this new approach to League of Legends. I’m interested to see how the new champion Azir ties into all of this.

UPDATE: Here is the second part of the Shurima saga.

There are dozens of heroes in the game. If Riot plan on fleshing out all of their stories on a similar scale, we will be seeing new and extra content for a very long time.