Home Gaming League of Legends patch 4.12: welcome to the jungle! 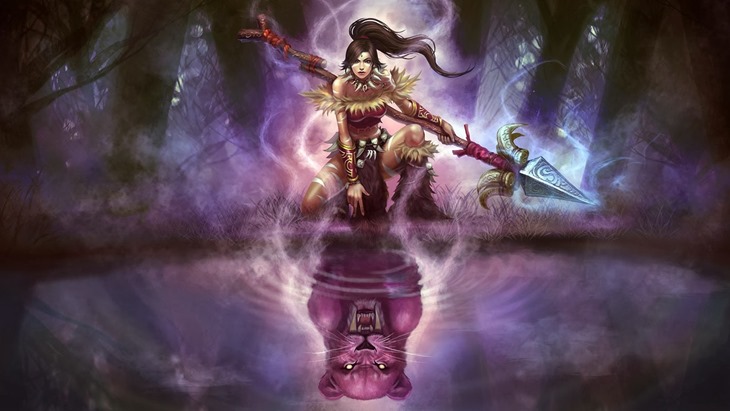 It may come as a shock to most that there are other MOBA’s out there, what with all the love Dota 2 has been getting lately. What may shock you even more is that I, as a self professed Dota 2 addict, still find the time to play League of Legends now and then. Blasphemy? Of course not! Its got different mechanics and such which makes for a nice change. But enough about me, lets talk about you the new changes coming to LoL in the latest 4.12 patch.

First of all, if you’re not really one that likes trawling through extensive patch notes, Riot not only detail everything, but they also give each change a brief explanation which is perfect for those who just want to glance over everything. A variety of heroes champions have received buffs and nerfs. Riot are looking to bring some more balance in this patch by placing emphasis on champions that, in their own words, are “almost there”.

One nice addition is a jungle creep timer. Various camps provide buffs which can be extremely beneficial to a champion, so knowing when they spawn can be extremely helpful. These timers will track not only yours and the enemy teams Elder Lizard and Ancient Golem, but also Dragon and Baron. Its fairly balanced, with timers only starting if you or a teamie witness a creep camp being completely wiped from existence.

The last notable addition is the inclusion of a new game mode; The Doom Bots of Doom. Various champions have had their abilities modified in some way so that they can bring you to tears can be a greater challenge to overcome. They will be available from July 17 to July 27. I played against bots once because I had a friend who was new to the game. What was meant to be an easy game turned into one of the most challenging games I had experienced in LoL (at that time). The bots are genuinely pretty damn good. These new and improved bots will probably eat me for breakfast (and lunch and dinner and all other snack times in-between).

If you couldn’t be bothered reading anything, I’ve trawled through YouTube to find a nice summary of the patch. Its pretty darn informative, and entertaining. Enjoy!