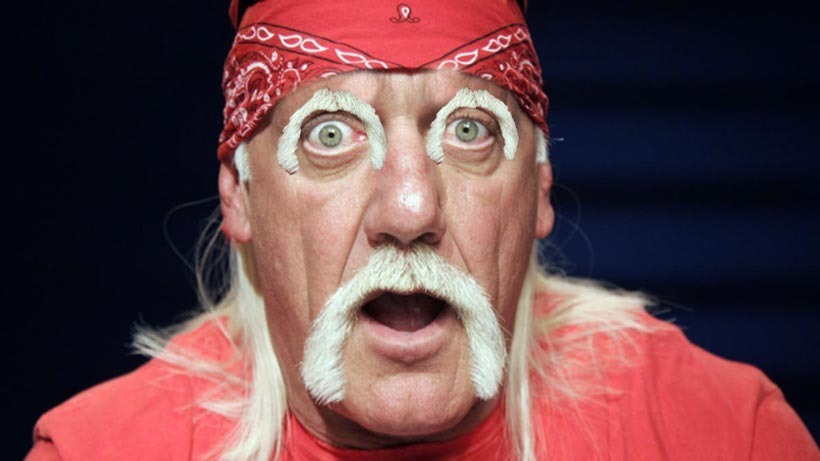 LET ME TELL YOU SOMETHING BROTHER! The only thing that can stop Hulkamania, is a corporation with a zero tolerance policy for racism it seems! And brother, WWE legend Hulk Hogan is in all kinds of trouble right now, let me tell ya.

After being caught using that word in tapes where Hogan  went on the mother of all racism rants, the WWE is busy scrubbing any and all references of the Hulkster from their history, just like Germany likes to pretend that nothing happened between 1939 and 1945.

That massive scrubbing has resulted in Hogan being removed as a judge from the WWE Idols Tough Enough, other TV appearances and the WWE Hall of Fame.

This has naturally also been extended to the video games, with Hogan now being removed from the WWE 2K16 roster as well. In WWE 2K15, steps are already being taken to put Hogan down for the three-count, with the current rumour being that his DLC has been removed in-game (via GamesCabin).

Said DLC is still available on the Xbox Live and PSN stores at the time this post was written, but expect that to change soon. If you bought the DLC, hard luck: That fine print that you agreed to when you bought the game and its extras, allows WWE to ditch any content if they choose to. So if it has been in your download queue for a while, say goodbye.

Take it with a pinch of sodium for now then, but don’t be surprised to find out that shaking your fists and getting pumped up in order to summon Hulkamania results in nothing happening. At all.

It’s not the first time that WWE has been thoroughly strict on having particular superstars in their games. The notorious crippler Chris Benoit has remained one of the more policed topics in WWE titles, with 2K policing the fan downloads and removing any custom creations starring the family-murderer.

As for Hogan, hard luck. But I just heard of this other up and coming superstar in the WWE, by the name of Thunderlips, beybeh.