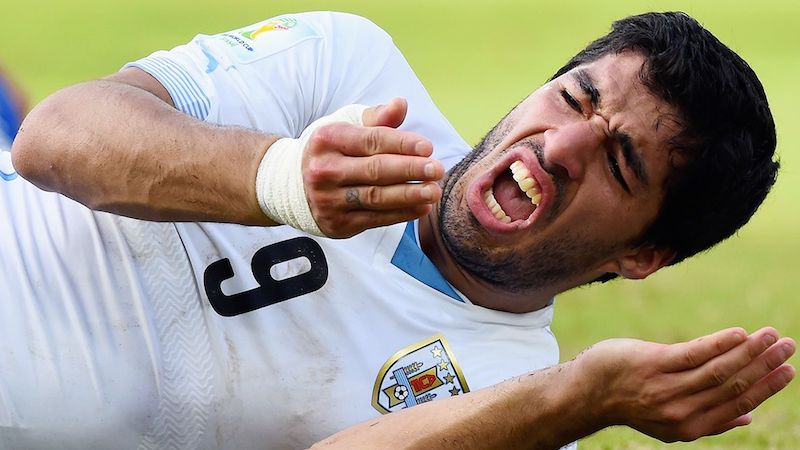 When Luis Suarez took a chomp out of an Italian defender during the World Cup this year, I’m sure a possible ban was probably racing through his troubled head. He was banned not long after – a sentence he’s still currently serving, both physically and digitally.

In a bid to maintain authenticity, Luis Suarez is currently banned in FIFA 15. If you happen to pick Barcelona in FIFA 15’s Ultimate Team mode, you’ll immediately be served with a notice of Suarez’s on-going ban. You won’t be able to use him or transfer him either, until his ban in real life ends.

You can still use the prolific striker in Exhibition Modes and Kick-Off, but he’ll be automatically shafted to reserves if you have Match Day Experience on (which most people do).

I find it pretty hilarious that Suarez is getting punished digitally now as well. He may be one of the best strikers on the planet (he even got a sizable upgrade in-game), but that doesn’t excuse his bizarre outbursts on the field. Thankfully you won’t have to worry about that online just yet.

FIFA 15 sadly skipped out on authentic biting technology. That comes next year…maybe.