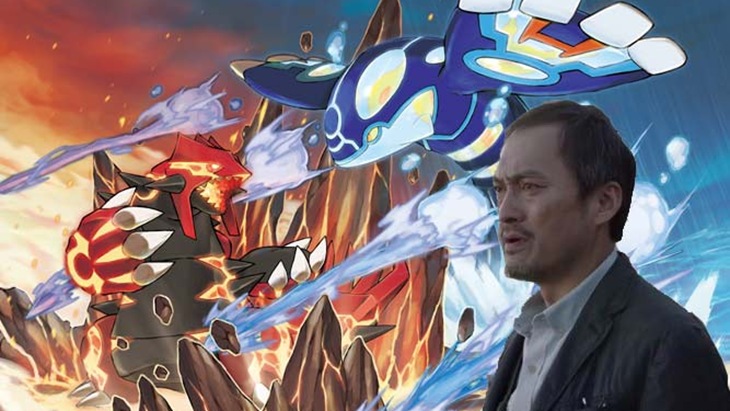 Last year’s Pokémon X and Y shook things up a bit in the battle department with Mega-Evolutions. Tremendous boosts of power that could be activated during a fight, the game had many a player yelling out “OVER 9000”. But that was last year. Say hello to the in-season precursor of that system, Primal Reversion.

Omega Ruby and Alpha Sapphire will see the debut of that prehistoric power-up, which apparently gives the key ancient legendaries of that remake some gym-klapping boosts in abilities and size. See for yourself: Groudoon and Kyogre, when having undergone Primal Reversion, become Primal Groudon and Primal Kyogre. That massive step backwards in evolution comes with some new backstory as well. Below is the original tale of the two:

Long, long ago, there appeared in Hoenn two Pokémon of fearsome power. These two became known, in later times, as Groudon and Kyogre. When Groudon howled, the earth swelled and the land grew wide. The sun blazed overhead, and all the world around the creature was enveloped in incandescent heat. When Kyogre roared, water poured forth and the seas spread outward. Dark clouds enshrouded the world, and the deluge fell upon all…

And the newer legend which adds to their primal rage story:

It was a primal age, early in the world’s history. The natural world was overflowing with energy. That energy granted Groudon and Kyogre an overwhelming power. Seeking ever more of that energy for themselves, the two clashed again and again, and their battles cast the people and Pokémon of Hoenn into great danger. Brimming with the overwhelming power granted to them by nature’s energy, their transformation was named “Primal Reversion” by later people. And the people called their tormentors Primal Groudon and Primal Kyogre.

Primal Groudon will remain a Ground/Fire type Hybrid Pokemon, while Primal Kyogre will naturally remain as a Free Willy Water type. Expect both of them to retain their weather control innate ability, or at least some new variant of it. So that’s Primal Reversion in a nutshell. Expect quite a few other Pokermanz to benefit from this, that fall into that “ancient” category.