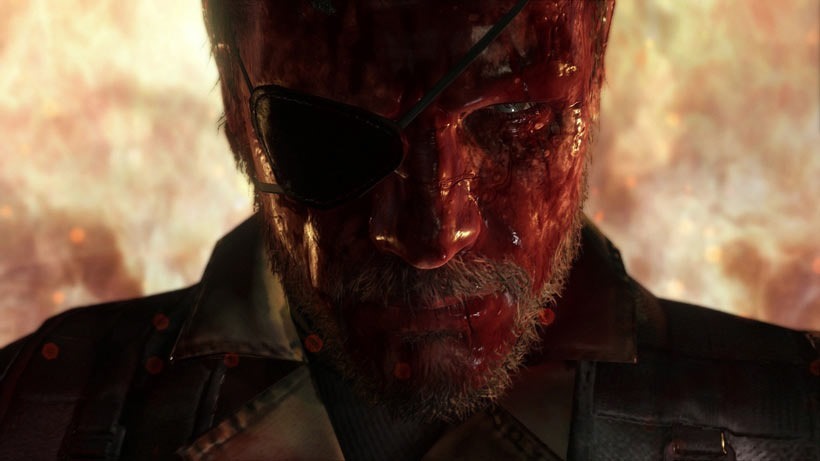 War. War never changes. Especially in the laundry department, where your detergents fight a never-ending battle against the crimson insurgents who soak through your threads. And that’s something that you’re going to have to get used to in Metal Gear Solid V: The Phantom Pain.

As Snake works his way through various warzones, he’s going to get a tad bit dirty. Or according to Metal Gear Solid V director Hideo Kojima, he’ll be positively soaked in the red life-fluid. And those stains won’t vanish away magically.

“Snake will be blood stained as he gets injured. Won’t reset even he completes missions/sideOPS… It’s totally different expression from blood as sign in old school game,” Kojima tweeted, revealing a screenshot of a battered Snake (heh):

As player continues to play in the battlefield you’ll be soaked in blood/if got worse you’ll be treated w/ IV fluids. pic.twitter.com/N8r75A2xma

Blue bandana will be soaked in bloody red. Story wise, he won’t be wearing as Snake broke up w/ the bandana given by THE BOSS in PW. (Cont)

But I let player has freedom of selecting bandana when going on the battlefield.

Metal Gear Solid V, a game that totally wasn’t directed by Hideo Kojima according to Konami’s recent purge of his brand-heavy name, does look quite brutal. Metal Gear Solid games have always had a certain realistic element to the portrayal of war, even if said portrayals were usually framed by gigantic walking tanks that could launch nuclear warheads.

And those other, trippier Metal Gears. The ones that moo and murder, still give me post-traumatic stress disorders of note. 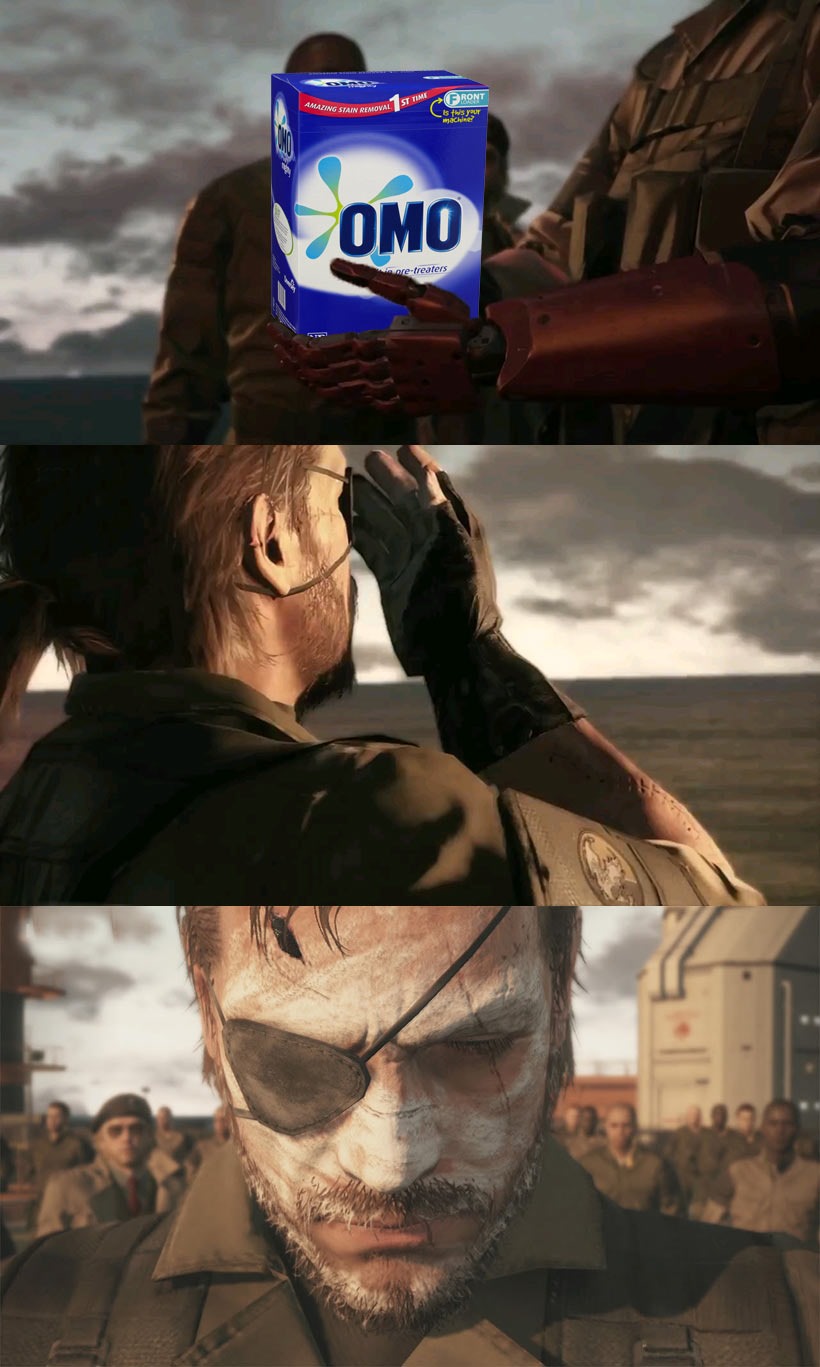 The game is out soon (SOON!), on PlayStation 4, Xbox One and PC. Hopefully pre-order editions come with a box of Omo.