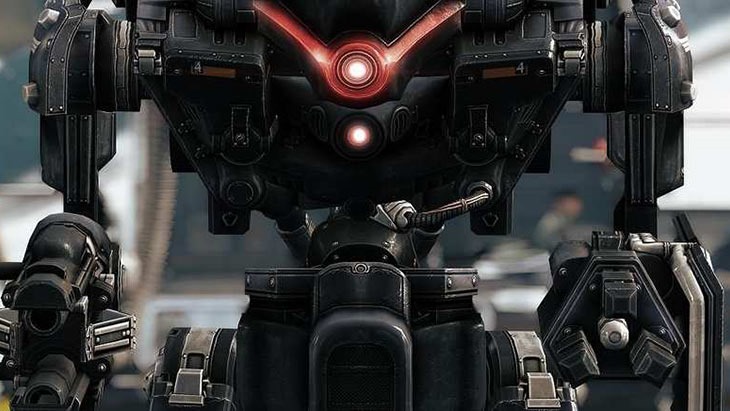 I’m cautiously optimistic about the Wolfenstein: The New Order. for starters, it’s made by MachineGames,  a studio comprised of former Starbreeze employees. They’ve proven that they’re capable of delivering games with incredible atmosphere. Games like The Darkness and Chronicles of Riddick. Secondly, it’s surprisingly a single player-only game, which is almost unheard of when it comes to first-person shooters these days.

It’s also dark and twisted, filled with morally grey choices that blends stealth (yes, stealth!) with random, wanton killing. Plus, it’s got a ton of character and is decidedly old-school in it’s approach. Set in an alternate universe where ze Chermans und zeir ozerworldly teknolochy won ze war, it features stalwart hero B.J Blazkowicz, who obviously has to save the world. With guns.

“Wolfenstein: The New Order reignites the franchise widely recognized for pioneering the first-person shooter genre. Set in the 1960s, the monstrous Nazi regime has used mysterious advanced technology to win World War II. They now rule the globe with an iron fist. Wolfenstein: The New Order sends you across Europe on a harrowing mission to bring down the Nazi war machine.”

I think it’s quite a big risk, to be honest. A shooter, with no multiplayer that plays on old gamers’ nostalgia? If it’s not great it’s going to get lambasted from all angles. It’s coming to Xbox One, Xbox 360, PlayStation 4, PlayStation 3 and PC in May this year, along with Doom 4 beta access.  Here are some shiny new screens of the thing, courtesy of Strategy Informer, who previewed the game, saying that

The shooting is great, the levels are expansive, and the amount of care taken in building the game’s alternate future is obvious. All the right ingredients for a great FPS are present and correct. If the full campaign can maintain the same momentum as the opening chapters, then Wolfenstein could be just the ticket for fans of old-school shooters when it launches later this year.