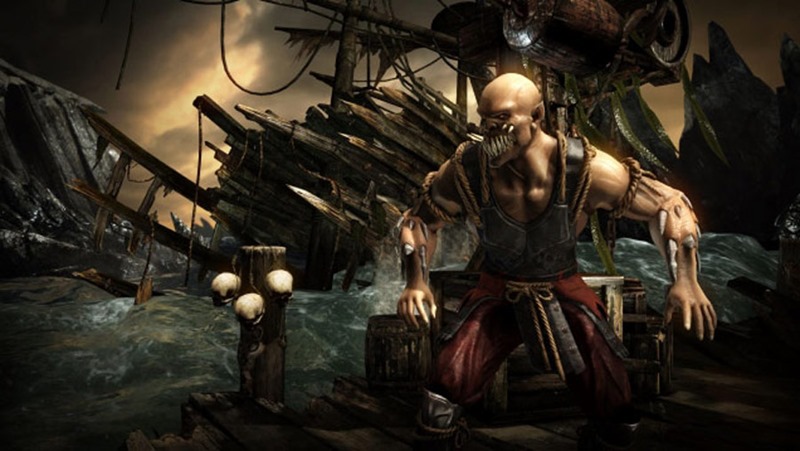 Mortal Kombat X is coming next month, and as you know, we’re all rather excited to bash some heads in and rip out intestines. When we’re done with that, we’d also like to play some Mortal Kombat. 20 of the apparently set cast of 25 base characters have been revealed as playable to date – and one of my perpetual  favourites, the Tarkatan warrior Baraka is not one of them. In a batch of fresh screenshots (via Eventhubs), there appears to be a warrior who looks a heck of a lot like him…or like any other Tarkatan. Is Baraka in Mortal Kombat X?

It looks like it! Or it could just end up being a generic warrior for the hero to face up against in the game’s expansive story mode. Also seen in the screenshots? Erron Black, Shinnok, Goro and Jax. You may notice a complete lack of Liu Kang, who’s only been shown as a statue – which makes me sad, as I may soon owe Darryn some cash.

The guys are almost certainly confirmed as playable:

These guys are looking more than likely to be confirmed:

This lot have been seen in the game’s story trailers and cut-scenes, or as statues:

The following characters are hinted at, or rumoured to be coming: