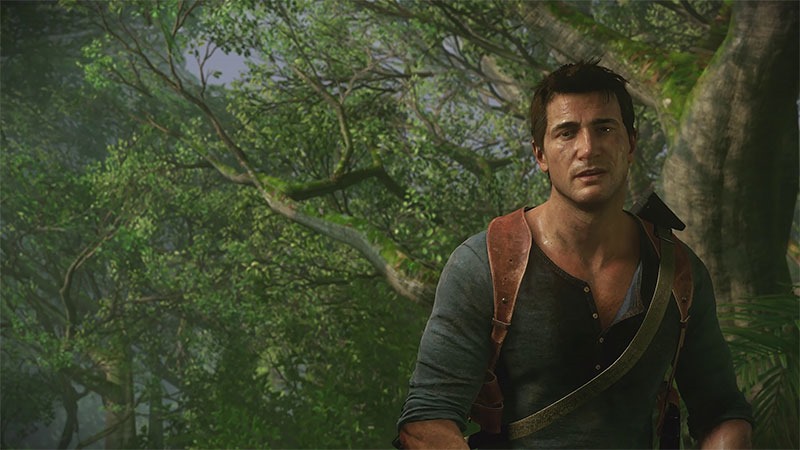 Despite there being just four games in the series, Uncharted is one of those franchises that’s managed to weasel its way in to my cold and bitter heart. I’m not really sure why. Perhaps it’s Nathan Drake’s roguish charm, the sumptuous visuals that appeal to my inner graphics-nerd or their entire premise, which itself serves as love letter to the old-timey adventure serials that spawned Indiana Jones and as a result, inspired Tomb Raider’s Lara Croft.

It’s certainly not the game’s combat.

While they’re indeed high-octane, white-knuckled adventures that keep players from catching their respective breaths, I’ve always preferred when the games are a little more about Drake finding his way to some ancient and dusty relic in a crumbling, labyrinthine hypogeum than when he’s fending off wave upon wave of identical enemy; especially when nearly every encounter’s centred around using that tired pop-n-shoot cover-shooter mechanic. The third game’s especially guilty of this, with very nearly the second half of the game devolving entirely into daisy-chained, indistinguishable combat experiences.

It’s something that hopefully won’t be quite as prevalent in the upcoming sequel. Speaking to GameInformer, new series creative director Neil Druckmann has said that Naughty Dog is set to implement far more combat variety this time around.

“To us the Uncharted combat works best when it has a flow to it, when you are not just behind cover, shooting over and ducking back down. When your cover is getting flanked and you have to jump and move down to another level.”

And it’s not just the combat that’s getting a bit of verticality. Speaking of the demo you saw at last year’s inaugural PlayStation Experience, Druckmann talked about how Naughty Dog wants the next Uncharted to feature “a wider, more sandbox feel”.

“With the verticality of Nathan Drake, with adding set pieces that weren’t necessarily in this demo, how do you get a bigger flow, something that is deeper at an emotional level? All those things come together to make the Uncharted that we want to play,” he said.

Uncharted 4 is set for release towards the tail end of 2015, and the demo was an important milestone in helping Naughty Dog set their sights on finishing the game.

“We have our vertical slice and we’ve found our flow and the voice of this game. Now it’s like, how do you expand on that?” he said. “How do you flesh that out across the entire experience, making sure it’s got its proper pacing, it’s got its ups and downs? It seems like an eternity from now until when we’ll be finished with it.”

It’s quite likely that this new Uncharted will have a somewhat different tone to the previous games. With many of the people historically responsible for the Uncharted Games now no longer at Naughty Dog, creative duties have been shifted to the minds behind The Last of Us, a decidedly darker and grittier game. Don’t expect it to be too serious though; Druckmann has affirmed that Naughty Dog is still creating a big comic-book-style adventure – just one that‘s set in a world that’s both vibrant and real.