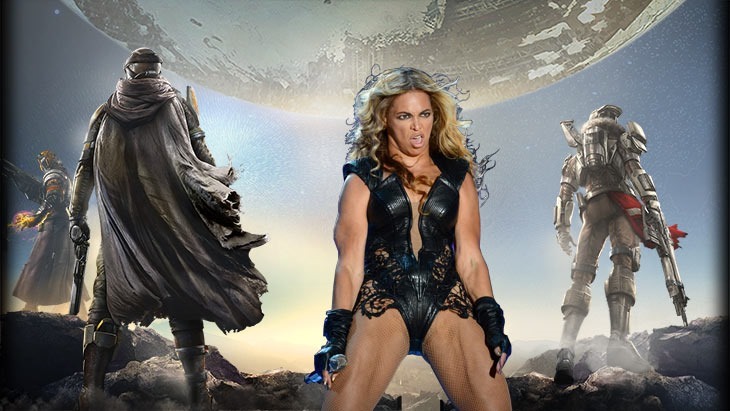 There’s been a fair bit of debate over just how successful Bungie’s Destiny will end up being. Some want it to fail. Others believe Destiny’s success is good for the industry as a whole. Still, considering Activision’s half a billion Dollar gamble there’s a lot at stake. Only the game hasn’t cost anywhere near $500 000 000.

The whole thing started when Activision boss Bobby Kotick revealed that Activision was making a significant investment in Destiny.

“If you’re making a $500 million bet you can’t take that chance with someone else’s IP,” Activision CEO Bobby Kotick told the Milken conference. “The stakes for us are getting bigger.””

Of course, that includes marketing, packaging and long-term infrastructure and team building. The game itself hasn’t cost quite that much. And that’s over the entire 10 year life span that Activision’s hoping Destiny will live over. It’s a long term investment.

“For marketing you’d have to ask Activision people, but for development costs, not anything close to $500 million,” Bungie’s Pete Parsons told GameIndustry International in an interview. “I think that speaks a lot more to the long-term investment that we’re making in the future of the product.”

“We’re pouring everything it takes into Destiny to ensure it meets our fans’ expectations, and our own,” Bungie’s Eric Osborne added in the same interview. “Activision is, too. But the budget for Destiny, including associated marketing costs and pizza Wednesdays, is nowhere near 500 million dollars.”

According to some analysts, Activision could even make its money back within the first year; Cowen Research analyst Doug Creutz believes that Destiny could sell as many as 15 million copies, bringing in $600-900 million at retail. I think he’s being perhaps a little optimistic. but judging from the excitement from those who played the alpha, I think it’ll end up doing pretty well.