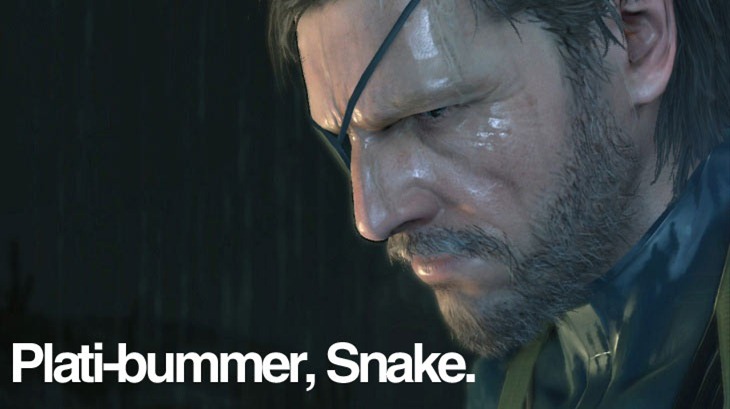 Trophies, achievements and various other bits of digital showboating, gamers do not need this. But then again, I hold a trophy in Resogun that only 3% of other players possess so suck it. Whether you buy into them or not, Trophies are here to stay, with platinum being the creme de la creme of spending too much time playing a game. Just don’t expect MGS:Ground Zeroes to have any platinum trophies.

According to Metal Gear Solid head honcho Hideo Kojima, the reason for that is rather simple. It’s because the game doesn’t meet certain regulations:

The reason GZ doesn’t have Platinum Trophy in PS4 is due to SONY’s regulation. They won’t allow us to have them for non-full price game.

Fair enough then. Metal Gear Solid Ground Zeroes arrives in stores locally on March 20. The “game” has been getting a bit of a mixed reception, with many feeling that’s it’s a bit overpriced for what is essentially a demo.

As for the full and proper Metal Gear Solid V game? It looks like that one is still quite a distance off. Over on Reddit, one user posted the image below which he received after he registered his copy of Ground Zeroes, which detailed that bonus DLC could be redeemed in “early 2015”. 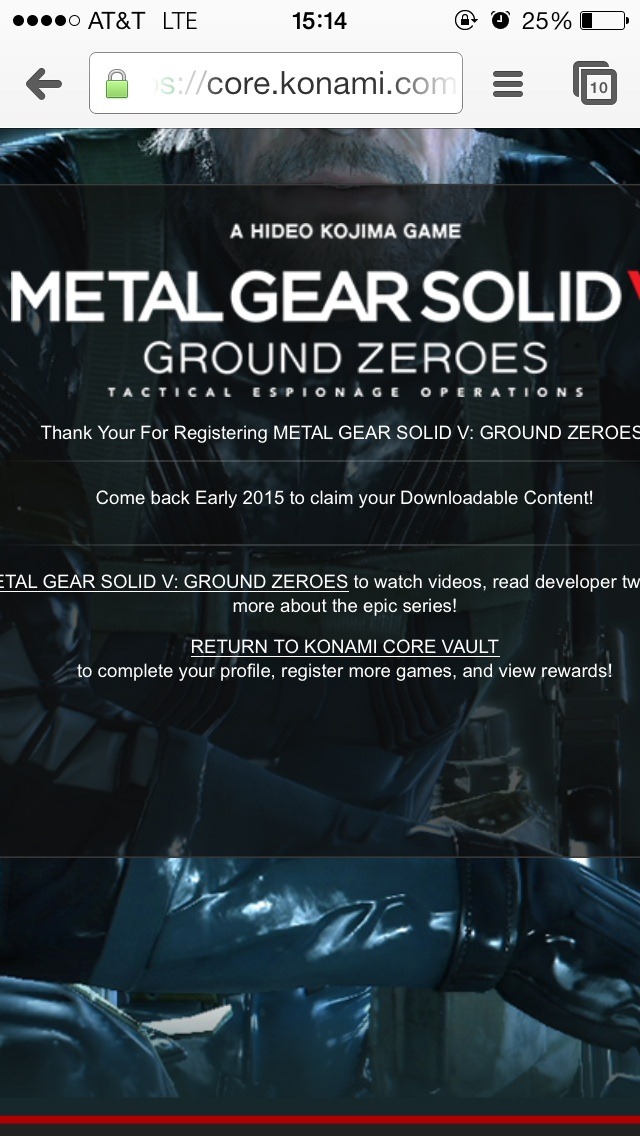 That’s a hell of a wait. We first got a taste of the game at E3 last year, with a teaser that showed off the game and its open world environment. If that early 2015 release lines up, that means almost a two year gap essentially between reveal and release.

Which truth be told, isn’t nearly as bad as the development saga of Metal Gear Solid 2: Sons of Liberty, which was delay after delay. Ah, the dark and early days of internet teasing, I miss thee.