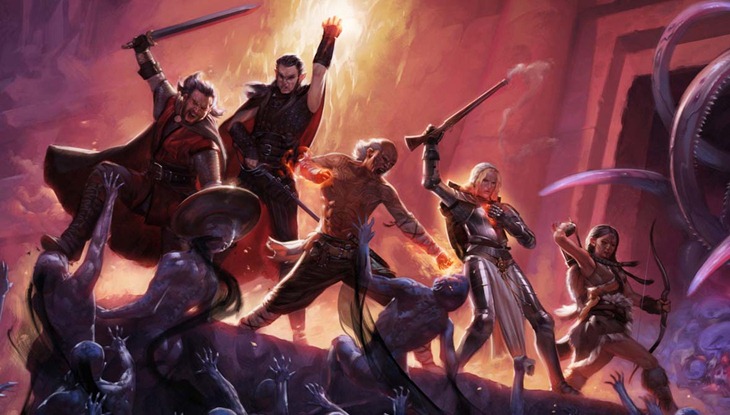 New School hardware, old school gaming. Obsidian Entertainment got the Kickstarter funds late last year to start work on their dream game, Pillars of Eternity. Like many other developers, that’s a dream position to craft the game that they want, free from publisher influence. That doesn’t mean that there won’t be a publisher helping them to distribute the game though, as Paradox has signed up for that job.

Paradox Interactive CEO Frederik Wester announced the deal at GDC, confirming that the game would be out between the US summer and Christmas 2014.

“We are looking at this as a along term relationship because we share a lot of vision with the Obsidian guys,” Wester said to Polygon. “As you know, their pedigree is unmatched in this industry.”

We’ve loved Paradox games for years and we are really impressed with how they care about what they do, Obsidian head Feargus Urquhart added. The companies began talking about the collaboration two years ago.

Obsidian still remains in full control of the project. No demographic-attracting alterations and tweaks with this game, as far as they’re concerned. Paradox will handle the marketing, public relations and making sure that Kickstarter backers get their rewards, in addition to publishing the game.

Pillars of Eternity, in case you missed it, is a ye olde fantasy role-playing game. The game made over $3.9 million in Kickstarter pledges, one of the highest such successes at the time. If you have find memories of Baldur’s Gate, Planescape Torment and Icewind Dale, then Pillars of Eternity might tickle your D20.

“We are absolutely going to ship this year,” Urquhart said about the release date. “We are sure we’re going to make it.”