Home Gaming Place your bats: Who is the Arkham Knight? 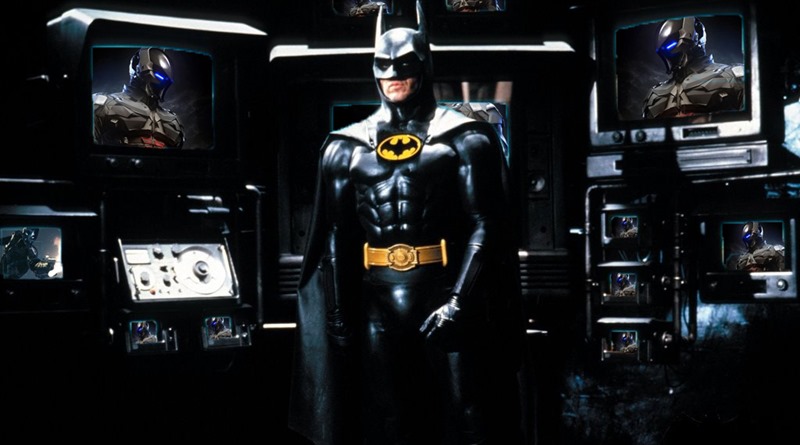 The Arkham Knight! A foe that can match the Batman both physically and mentally! A menace equipped with his own army, gadgets and an axe to grind against the dark knight. The Arkham Knight is a brand-new foe, with an identity that is somehow tied into the events of the previous Arkham games. But who’s really hiding underneath that mask? We’ve got a list of the usual suspects, and we’re taking all the bets we can before the cops shut us down. 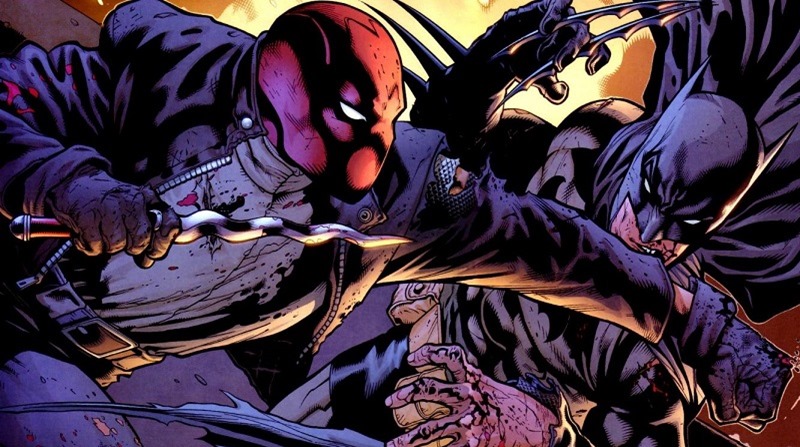 This is the most obvious name being thrown around. The Arkhamverse is already home to Nightwing, the original Robin, as well as the Tim Drake version of that sidekick. Which means that at one point, there must have been a Jason Todd Robin operating as well. In the comics, Todd played a game of skull vs crowbar with the Joker, and lost. Badly. But he got better, thanks to Superboy Prime punching reality so hard that it retconned his death.

Pissed off that the Joker was still alive, Todd set out on a journey of his own, bankrolled by Talia Al Ghul and becoming a more lethal vigilante. He’s got the skills to pay the bills, the necessary motivation and he knows how the Batman operates, making him a likely candidate for the nemesis position. He also happens to be in the game, as challenge map character operating in his Red Hood guise.

And honestly, I’m going to be disappointed if Todd isn’t the Arkham Knight, as this is the perfect game for him to make his presence felt. Of course, Talia Al Ghul also has plenty of reason to hate the Dark Knight. A former romantic flame of the Dark Knight, she’s been betrayed by Batman and watched her father die in the Arkham City prison. Hell, Geoff once stole my lunch out of the fridge which led to me swearing vengeance on his ass, so at least Talia has the necessary motivation.

She’s also been alive for far longer than she ought to, thanks to the Lazarus pits which extended her lifespan, so she has decades worth of skills thanks to training from her father. Combined with the League Of Assassins resources and army, and Talia could be an even bigger threat than her father ever was. And hell has no fury like a woman scorned, as the old adage goes. 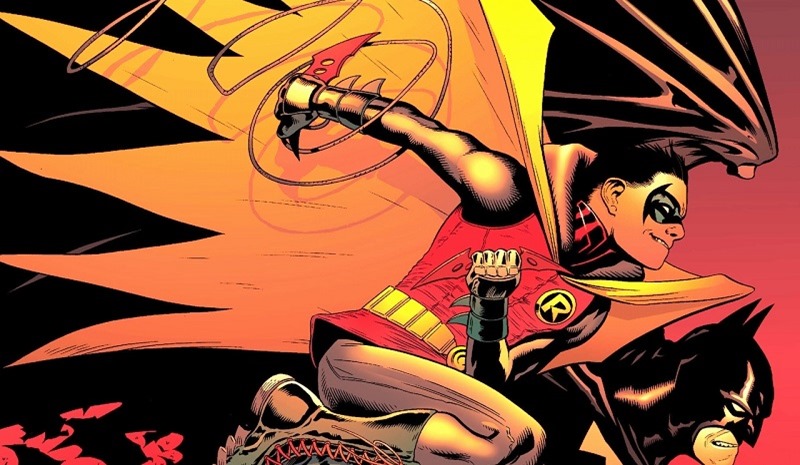 But it wasn’t all doom and gloom between Bruce Wayne and Talia. The two were destined for one another, with Rha’s Al Ghul believing that Wayne could replace him as the head of the League Of Assassins and bring balance to the world. And before they split, they got biz-zay. Batman does have a biological son with Talia, by the name of Damian.

A son who has been taught to fight, kill and conquer from the moment he was born. Damian is caught in a conflict between nature vs nurture, as his current run as Robin has led to Batman having to find a way to temper his bloodlust. He’s also an insufferable little prat in the comics, a ten year old terror who fight like a demon and has no issues with killing anyone who stands in his way.

And for a video game, you can imagine some sort of excuse being used to suggest that his age has been sped up, leading to him assuming the guise of the Arkham Knight. All the pieces fit quite well then. The attitude, the arrogance, the resources and the motivation to prove himself superior to his father, could result in a very deadly foe. 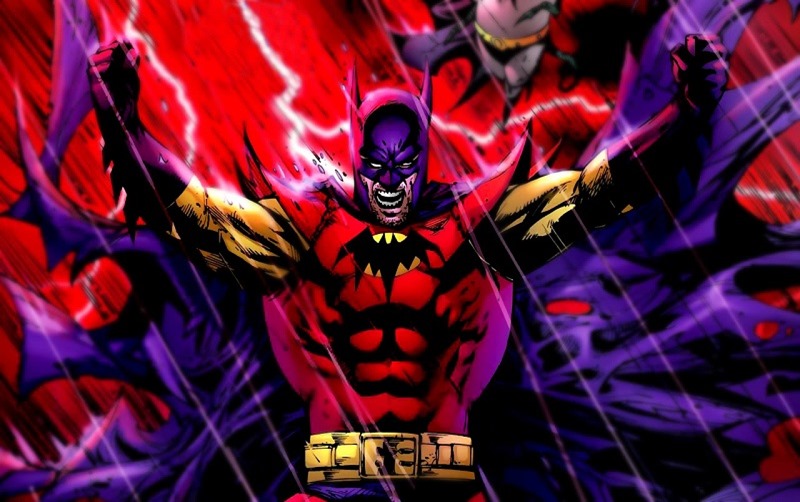 Wait, what? Let’s face the facts here: Anyone who dresses like a giant flying rat mammal and punches crime in the face on a nightly basis, isn’t exactly right in the head. And after years of activity, culminating in a horrific night wherein the Joker perishes and the Batman himself narrowly avoids death yet again, you could imagine that something is going to break.

After all, what better way to punish yourself, than with your own demons? Batman has been running on hate, tragedy and determination for way too long now, having been exposed to fear gases, and mind-bending from a range of foes. And with Scarecrow leading the Gotham underworld, perhaps one more dose of that gas could push him too far, as he imagines his worst possible enemy assaulting him and his beloved city. 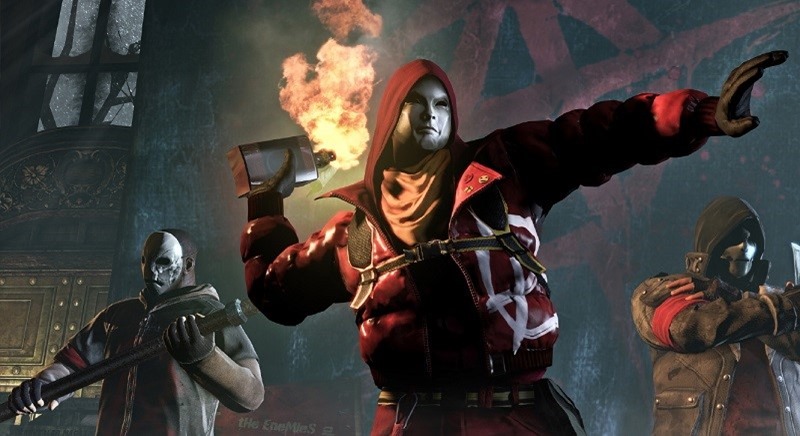 Chaos, confusion and freedom. Just a few of the tenets that the self-styled criminal mastermind Anarky believes in. In the Arkhamverse, he’s a much younger radical, who has gathered the disenchanted masses of Gotham under his twisted vision, leading Batman to have to race against the clock to stop his terror spree. Since Arkham Origins, Anarchy has had plenty of time to re-train and re-dedicate himself to his missions. And what better form of anarchy is there, than a city caught in the middle of a massive criminal uprising? What happens when you indoctrinate a child from birth with post-hypnotic ass-kicking abilities, and hone those techniques for over two decades? You get the avenging angel, the sword of St Dumas, Azrael! A weapon from a secret order of knights who have existed for centuries, Azrael existed only to do the bidding of his secret order. Eventually breaking free from his programming, he became his person, even stepping in for Batman after Bane broke his back in the Knightfall saga.

Things went downhill however, as Azrael became more violent in his methods, developing a new Batsuit that was far more lethal and menacing to the criminal underworld. The OG Batman eventually recovered enough to reclaim his identity as the Batman, leaving Azrael to pursue a new life.

And Azrael has been spotted before, in Arkham City, albeit without all of that history baggage attached to him. You could find him in Arkham City, where he spouted cryptic messages that warned of an upcoming disaster. Could Azrael have been referring to himself all along? Venom, good for what ails ya! What if the Joker didn’t die after the events of Arkham City? What if he had indeed survived, through some plot that involved the use of several MacGuffins, resurfacing as the Arkham Knight in order to torment ol’ Batsy once again? Hoo boy, now that’s a killing joke. 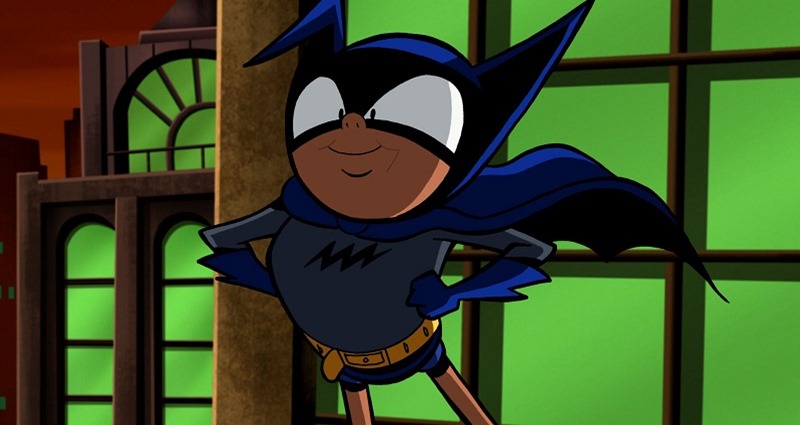 Bah! You laughed at his baby-shaped body! You giggled at his terrible costume! You thought his crooked ears were a joke! Well Bat-Mite will show you! Bat-Mite will show everyone not to mess with the power of a fanboy 5th dimensional imp that can warp reality, as he becomes the villain that Gotham deserves! 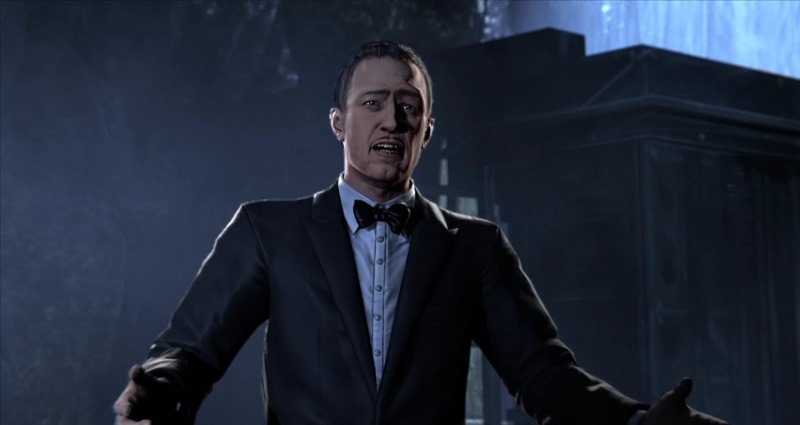 Remember kids, never trust the butler. The butler always did it. 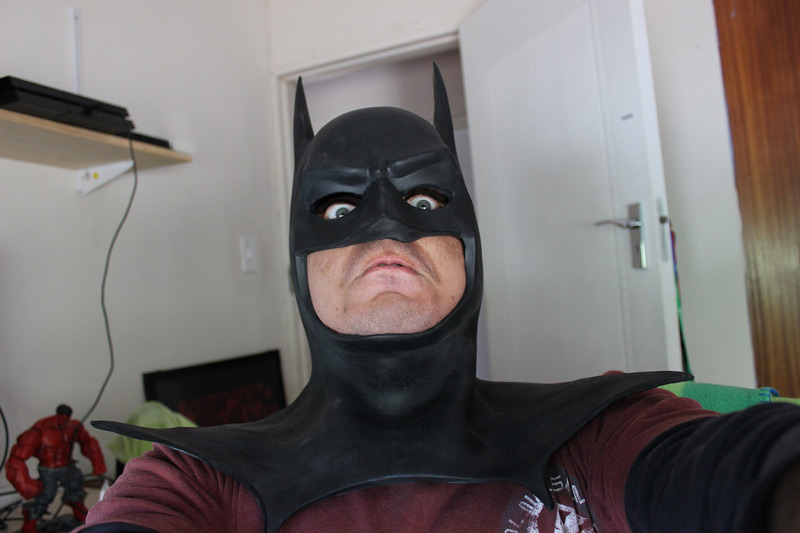 Odds: There is no number high enough for these odds.