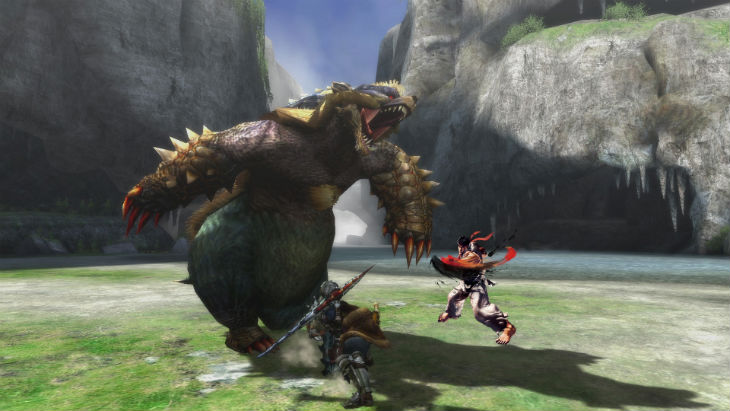 For fans of the Zelda franchise, any opportunity to use elements of the series in other games will bring giddy squeals of excitement. Now Monster Hunter 4 Ultimate knows it isn’t safe to be a hunter and offers you some gear so you don’t have to go it alone.

Here is the trailer showing off Link’s kit in Monster Hunter 4 Ultimate:

If they include the sound effects, I might be impressed and want this. Imagine you get that rare item and the Zelda sound effect chimes. That could be cool… the first few times. I’m not sure how big a seller this will be for Monster Hunter – fans of Zelda probably aren’t automatically fans of the Eastern grind-fest.

Interestingly, over on Capcom Unity, they reveal that this mashup isn’t the only one we can expect:

This collaboration was announced for MH4 in Japan a while ago and we had to keep quiet… but now that the proverbial Felyne is out of the proverbial Item Pouch, let me say this: we have more special equipment like this planned for the title. Don’t ask me what they are, because I can’t say, but expect more news soon!

Hmm, could I get some Resident Evil vibes going? Perhaps some Umbrella logos on the big monsters? Maybe we could go all Street Fighter or maybe even Dead Rising. Nah, never mind any of that – I want to be Ace Attorney in Monster Hunter. Objection kill!

Okay, maybe those mashups are a bit far fetched, but what character sets would you like to see in the new Monster Hunter?