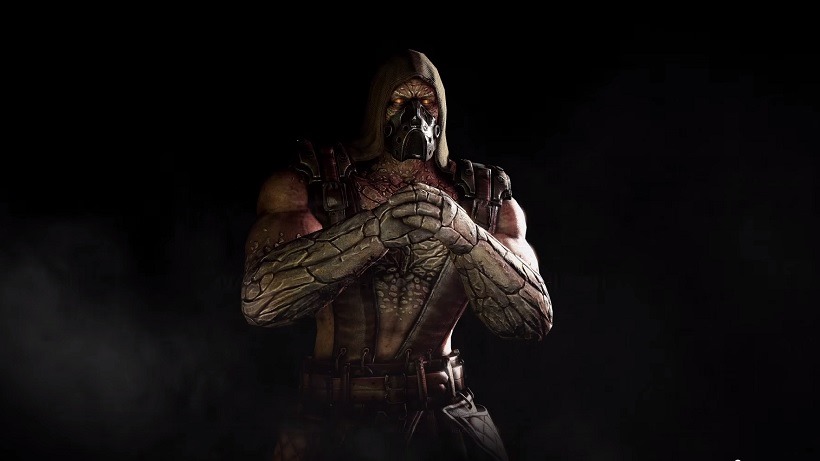 Uh-oh, is that a 10 on the Richter scale? AAAH AN EARTHQUAKE! Wait no, it’s just the latest DLC character coming to shake up the Mortal Kombat X roster. His name is Tremor, and as his name implies, he excels in all things… earthy. Please take a moment to allow my amazing headline to sink in. And now, please resist the urge to drive over to my house and murder me – I can’t help that I’m a punny guy ok!

Tremor will be coming to Mortal Kombat X tomorrow, the 21st of July, only to those who have purchased the Mortal Kombat X Kombat Pack. It costs $29.99, and includes the already released Tanya, Jason, and Predator.

Everybody else who hasn’t coughed up that much cash up front will have to wait until next week, the 28th of July. Buying Tremor alone will cost $4.99.

Here’s his official trailer (via Siliconera):

Why is he called Tremor when most of his moves seem to entail forming mini boulders? Surely he could’ve been called something better like ‘The Rock’ or somethi… oh wait. Honestly though, he seems pretty cool. Those X-Ray moves are cringeworthy! And the fatalities? Yeah NetherRealm know exactly how to make them as gruesome as can be!

As for his other moves, they consist of quite the mix. He can throw rocks from afar; along the ground, up into the air, and the norm – straight into any opponents faces. If that’s not enough, he has a move which makes the ground quake – the perfect spam ability which will catch out morons like me every single time!

Is he worth paying cash for? That’s up to you. I personally feel that NetherRealm are really milking the cow now. Tremor rounds off the last of the 4 planned character DLCs. Who’s to say he is the last though? Who’s next?