See that semi-colon all the way down there? You can scroll down to that semicolon.

It may not actually be all that interesting – it’s there solely for the sake of a silly post introduction. But it is there. You can put your cursor over it, too. Said semicolon isn’t an exceptionally well-developed, mechanically rich piece of punctuation, mind you. It’s something to go and do for the sake of going and doing something. But at least it’s something to do; it racks up the numbers: number of quests, amount of time, number of characters – it’s all about time, size and selling points. 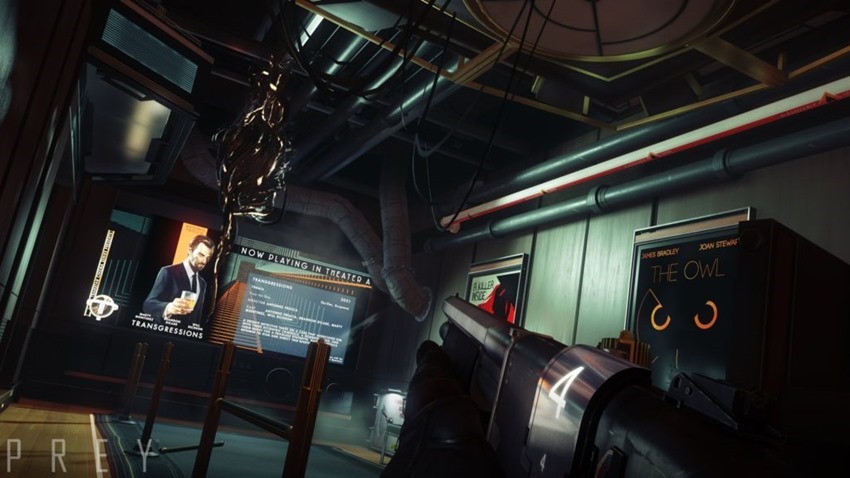 Enter Prey: a game in which side quests feel mechanically meaningful. It’s not unique in this, of course – but it’s an apt reminder that a simple side quest can be as intense and harrowing as its bigger, mainline brothers.

And it’s all because Prey’s Talos I is a super-massive, monster-infested, moon-orbiting space-casino. It’s a world in which it’s easy to go from hero to zero in a single encounter. Each bout is a calculated risk, each bout a dice roll unto itself. Here, side quest completion can’t just be the ticking of a checkbox, as ticking the wrong box at the wrong time can land you on the ‘zero’ side of the equation.

Prey, a first-person, horror-lite resource-management simulator in space. A game in which a simple ‘shoot and loot’ encounter – even with all the super-healy, super-killy abilities and gear at hand – can quickly have your corpse fired out the airlock in a sellotaped bin bag with few parting words. 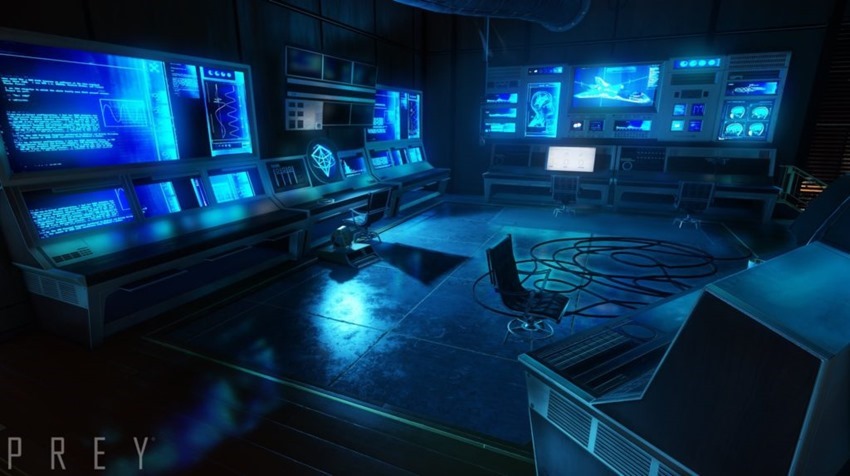 And it’s this unpredictability that makes the decision to bypass a side quest as meaningful as the decision to tackle it. But this concept is a stark contrast to video game marketing, which touts the various ways to do things for stuff because reasons – and just how much things, stuff and reasons are included for the sake of play time and supposed value.

Prey consequently feels like a grand interstellar casino – you either hit black for the payoff, or see red and scupper an encounter that drains every last fibre of your precious being, with only potentially meagre rewards to refill your flailing resources. But with proper planning and intelligent play, the outcome of that calculated gamble can be massively rigged in your favour. The rewards aren’t always explicitly telegraphed, either, meaning both the ‘give’ and ‘take’ components aren’t entirely known, nor are the risks.

And so there’s a refreshing restraint in making an informed decision not to do a side quest, to avoid those would-be risks. There’s a certain satisfaction in crafting a unique narrative defined in part by the side stories you decide not to pursue, not just the ones you do. For in-game decisions to feel consequential, as with Prey, there has to be a potential state of failure – not decisions merely with a different outcome, chocolate vs. strawberry, Kaiden vs. Ashley. 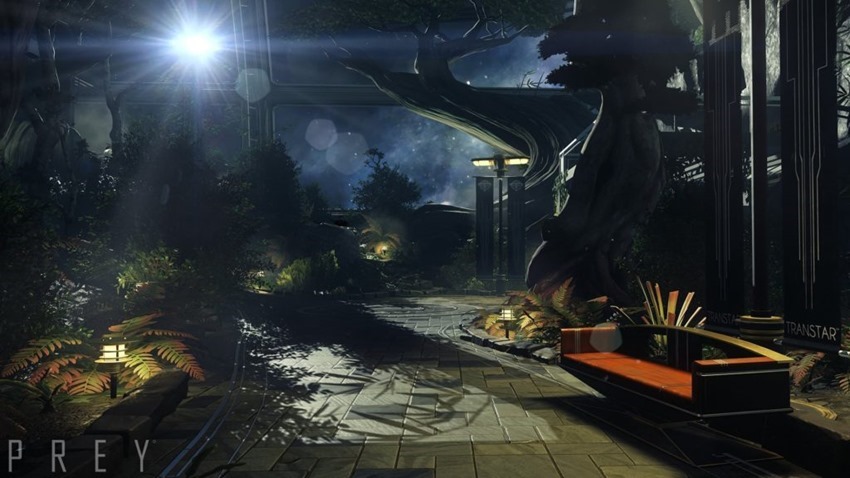 In the latter, things are different, perhaps, but one outcome isn’t fundamentally or objectively better beyond preference of flavour or character. Somebody’s sent to the giant recycle bin in the sky regardless of the decision I make, and if the wrong person dies that save you saved can always save you. And where a narrative outcome provides a lesser ending, it’s almost entirely inconsequential because we don’t experience the results of that ending. It’s over. If one of Prey’s rescue missions is tackled recklessly, they die. There’s a tension there. The quest outcome isn’t merely different; it’s objectively lesser.

But with the likes of Prey and its sources of inspiration, the results of in-game decisions – of those inevitable gameplay cock ups – are real and immediate. They’re not an illusion, either. They can make the game easier, harder or force a radical change of play style. Spent your ammo? Sneak. Can’t hack? Backtrack. Real in-game decisions, real results, and the real option to get it catastrophically wrong. This is followed by another weighty choice: the decision to follow through with that cock up by actually saving it.

It’s another decision, but it’s also a feature of games that serves to diminish meaningful choice. Everything effectively becomes ‘Schrodinger’s side quest’, a state in which a mission is both complete and incomplete until the proceeding save is deleted or the results committed to your hard drive. A decision, no matter how well presented, fights to feel meaningful because an alternate reality is only keystroke away – even in Prey, a game that manages to make basic decisions such as ‘How do I kill this single enemy?’ carry weight. 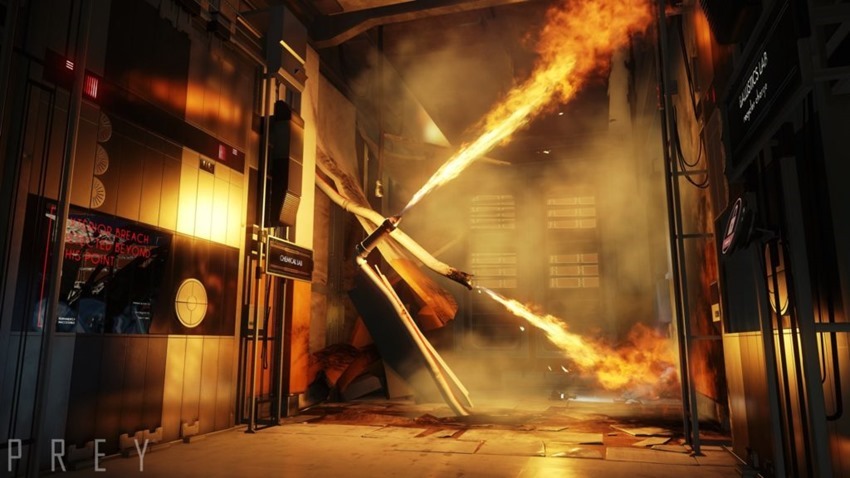 Still, at least both sides of the “do or don’t” coin entail consequences, as deciding not to pursue that juicy quest might unleash its own set of outcomes in the form of a missed upgrade, story beat or new-spangled weapon. Tension and doubt follow, as you never know what you’re missing for better or for worse. This is opposed to a “have or not have” side quest, where I simply don’t get an additional extra as a result of skipping supplementary content. If I choose to pursue that content under this design, there’s little-to-no risk by doing a bit of a hack job beyond a slightly lesser reward. In effect, it’s all gain for no or little loss – and absolutely no tension.

When I do that thing in that place, or don’t do that thing in that place, my game state has the capacity to change vertically and horizontally – different and better, or worse. That’s not to say this is something exclusive to Prey, it’s to say that Arkane’s shooter is an apt reminder of just how compelling an experience these decisions can create. Less and more: less side questing, more meaning.

Should a side quest become a source of self-improvement for our would-be hero, it should mean their world demands they explore those sources. What often manifests itself instead are quests that either provide something demonstrably intangible in the form of a minuscule amount of experience points, or provide new resources to a hero already so strong they simply don’t need them. 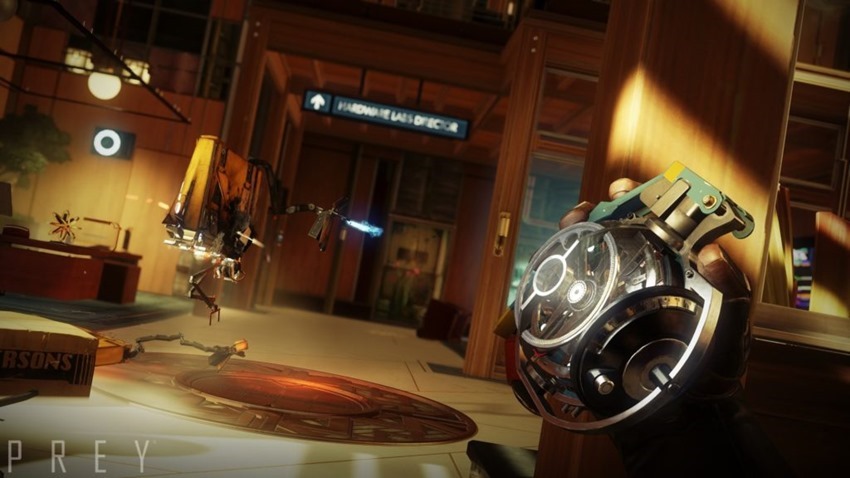 And if that hero is above a ‘saving the world’ competency, none of that added benefit is ever really felt. Meaningful side quests need a return on the player’s investment, either in resources, knowledge, abilities and, ideally, sheer entertainment factor – a new mechanic or amusing side skit. And crossing the side quest threshold, slaying the dragon and returning to safety having substantially gained from that quest – all as a result of proper planning and a smattering of cunning – is a loop common to Prey.

No grenades, no ammo – no chance. Spare parts, though, mean I can repair two damaged turrets and lure mimics into those turrets. Side quest completed: now, I have grenades and ammo. Minimal investment, maximum return, maximum satisfaction. In other open world games, the hero’s just liberated their twentieth outpost, only to remove an existing negative state. Using that particular route is now possible without being shot at, but the removal of a negative still leaves me feeling out of pocket on my investment of time, ammo and energy. The result: deflation, tedium and boredom.

Mass Effect 2’s ‘suicide mission’ is an example of a somewhat meaningful outcome. Everybody can die. Here, it’s not a case of a different or less optimal outcome – it’s the possibility to birth an objectively lesser result that bleeds into its sequel. 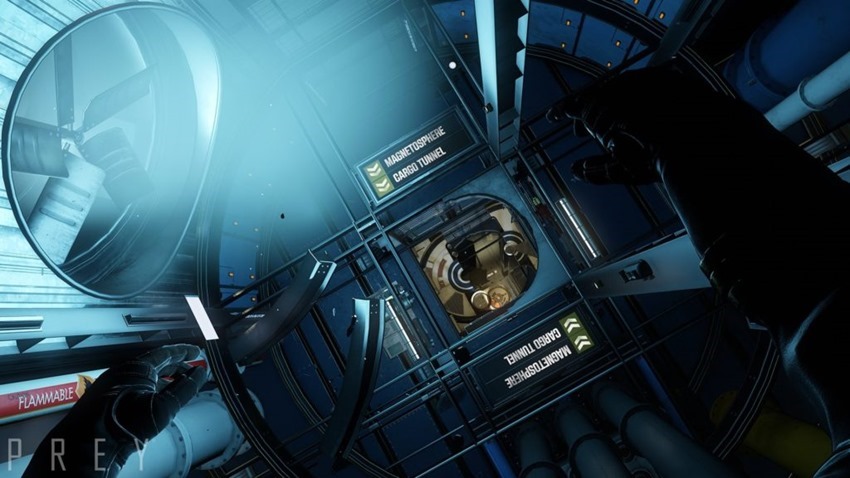 In Prey and those similar, decision making isn’t simply a decision to commit to the quest, it’s about committing to the permanent acquisition of the abilities to complete that quest. Of course, you can acquire each and every ability, but the low-hanging upgrade points initially dictate your style of play, allowing you to acquire more abilities later on. Each decision has a ‘and then’, influencing events to come.

Quests need a ‘quest test’, perhaps, a method of establishing whether or not it warrants inclusion in any given game. Specifically, it would assess what the player must invest, what they would receive in return and just how much it would alter their game state, both mechanically and narratively. Invest too little, and the reward feels unearned no matter how game-changing or profound. Ask too much, and the average player won’t deem it worth their time, no matter how game-changing or profound the result.

And if your reward isn’t absolutely game-changing or profound, I have to be ‘underdog’ enough in your world to feel the benefits of a relatively meagre return. 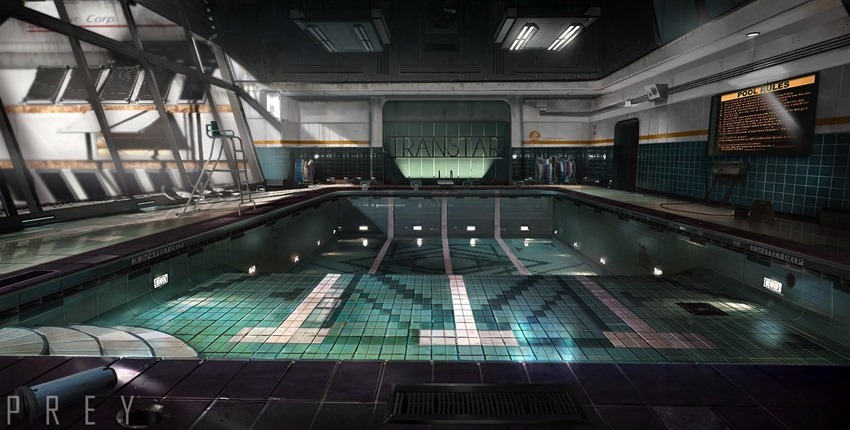 In Prey, it’s absolutely the latter. And it’s what gives the game a certain nervous tension, as you scramble for the crumbs of resources from side quests, enemies and the world of Talos I and gobble them up with deprived delight. It also means that, when you’re able to recycle and craft items – when you’re at the ‘hero’ stage of the resource cycle – there’s a sense of safety and satisfaction few experiences can match.

There’s an accumulative upside for smart play: each return on investment yields an excess with which to invest into new abilities, weapon upgrades and resources. Reaching that ‘island of stability’ imbues you with a level of confidence and competence in a world that was previously your better.

With Arkane’s reboot, then, comes both a reminder and a celebration of how video games can offer real, meaningful, consequential choice that isn’t tied to merely differing outcomes.

You can argue till the coffee cup comes home as to whether or not Prey is the best example of this interactivity, but it’s easy to make the case that Arkane’s shooter is a potent reminder of what video games are uniquely capable of – and how relatively simple objectives can carry complicating consequences.