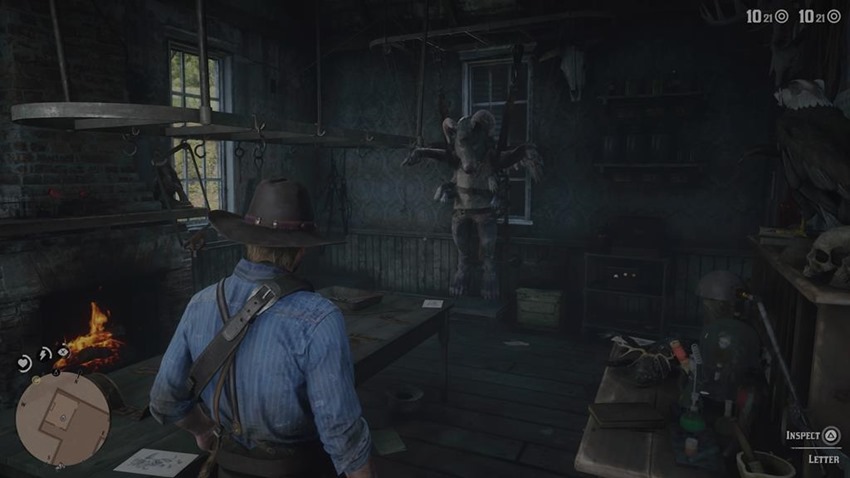 What kind of a game is Red Dead Redemption 2? On the surface, it looks like your typical sandbox, albeit with some rootin’ tootin’ gun-slinging action thrown into the mix. Which it is! It’s also a horror game of sorts, if you’re prepared to dig deep enough. Rockstar loves them a mystery, and much like the first Red Dead Redemption game released in 2010, there’s plenty of it in the sequel.

You’ve got more standard stuff, like a UFO mystery that at least gives people a Cowboys and Aliens scenario that doesn’t star the worst James Bond ever:

The sandbox itself seems to be littered with some devastating meteor strikes:

Heck, you can even do what several seasons of a terrible reality TV show failed to do, and find Bigfoot…’s bones. No really, it kind of makes sense now considering how 2010 Red Dead Redemption’s Undead Nightmare DLC had you hunting the poor bastards down.

That’s just the tip of the iceberg, and if this kind of content floats your boat then you can also hit up the reddit page for Red Dead Mysteries. Here’s the creepiest Easter egg I’ve found so far though: If you go East from the Van Horn trading post, you’ll stumble across an old dilapidated house. Here’s what it looks like: 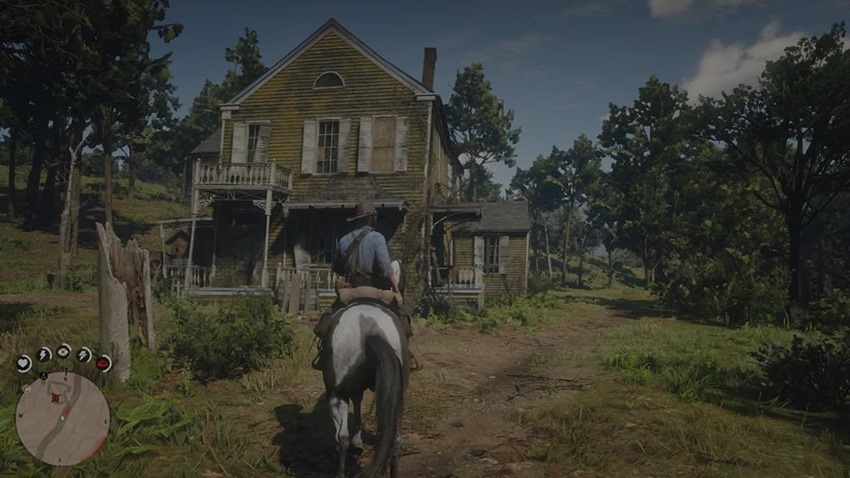 Anyway, it appears to be boarded up and for good reason. Go to the side of the house, climb to the second floor and brace yourself for some truly mad science: 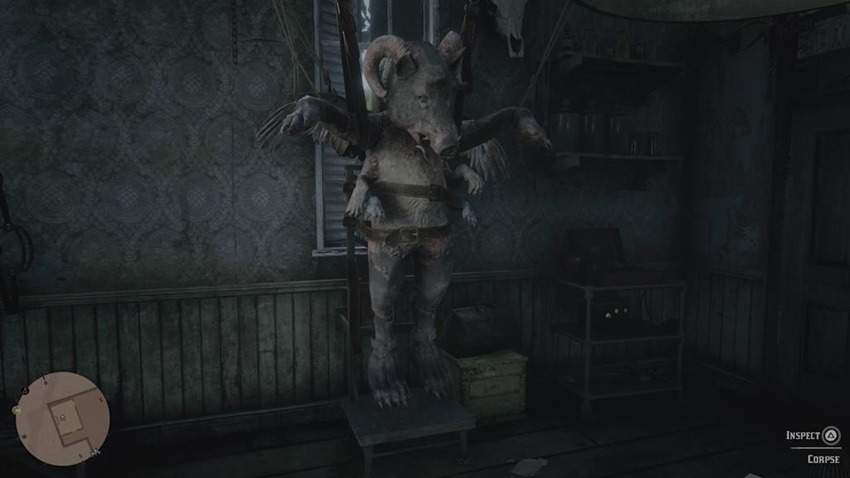 Yup, some maniac has been looking to create a weapon to surpass Metal Gear, years before the machine was even constructed. The would-be Dr Frankenstein has cobbled together all manner of creatures into a single abomination, which appears to be unfinished. Perhaps it just needed a spark to kickstart the remains? Nobody knows, but the mad scientist was clearly obsessed with creating all manner of chimaera: 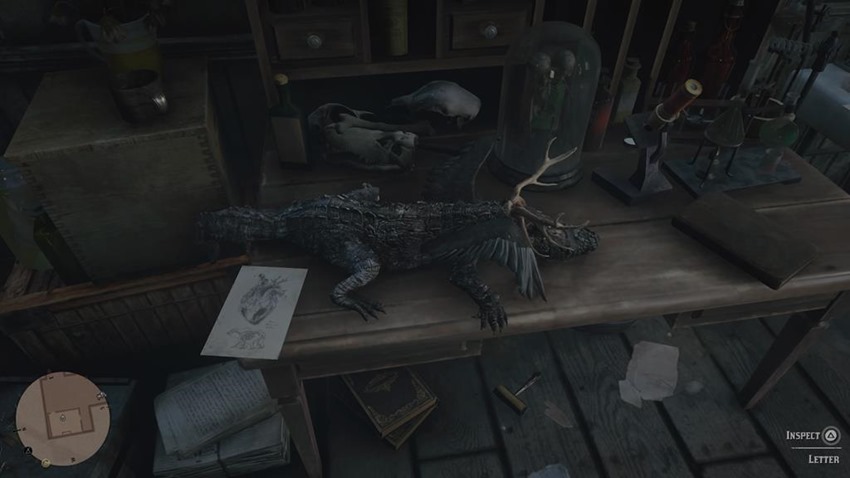 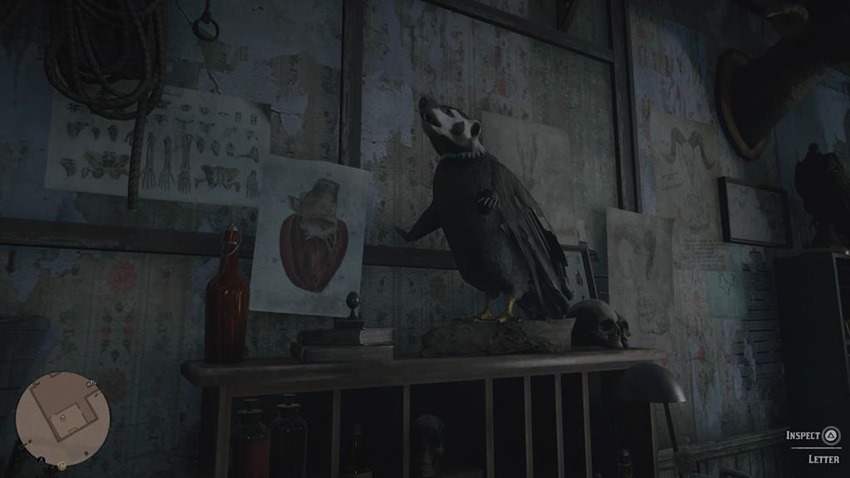 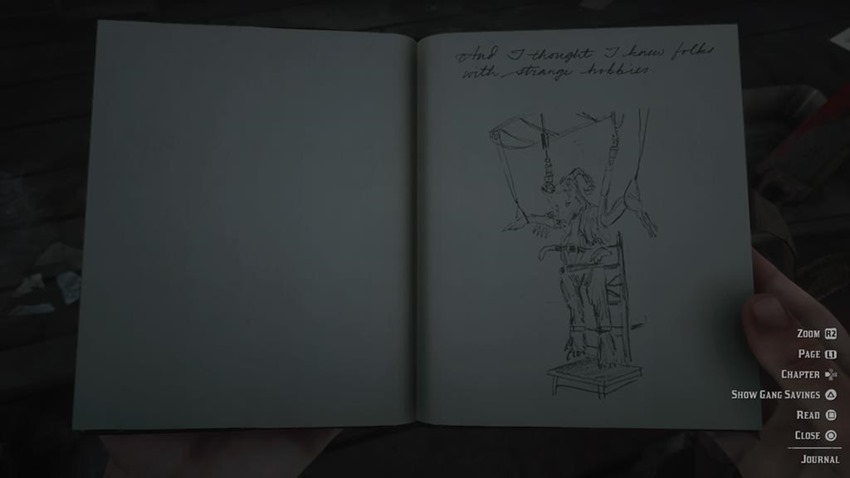 Spooky, right? And that’s just one of many many other secrets within Red Dead Redemption 2. Let me know below if you’ve found anything else that doubles as nightmare fuel in the game. Now to see if I can apply Occam’s Razor to the Red Dead mystery of the exploding horses…