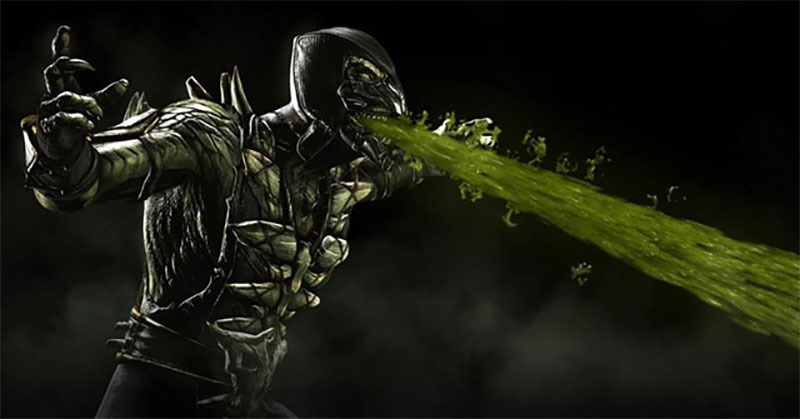 The newest character announced for the ever-expanding Mortal Combat X roster is none other than your favourite fighting reptile well…um, Reptile. Back to being more reptilian than human, Mortal Kombat X’s Reptile is a scaly dude – with some of his favourite moves returning.

Tongue grabs, acid spitting and flying balls of goo are all here, as is a particularly gruesome fatality – all of which you can see in the trailer below. Reptile was originally a secret enemy in the very first Mortal Kombat – and was little more than a palette swop of the other Ninjas, Scorpion and Sub Zero. He returned in Mortal Kombat II as a playable character, and quickly became a fan favourite.

Mortal Kombat X is coming in April, and promises some series firsts – like a style variation system that allows kombatants to select their styles before a fight, each varying flow of combat. It’s decidedly faster and smoother than the last ones too, with perhaps just that little more focus on the competitive fighting scene this time around.