Not a big fan of the FPS – but I’ve been keeping a steady eye focused on Bethesda published upcoming Prey sequel. Moving away from American Indians, alien arseholes, and vomit-inducing portals, the new game – set in the future – seemed like a pretty damned good Blade Runner game.

Dutch site PS Focus cites ‘multiple reliable sources’ is claiming that Human Head, the developers of the game, have put it in the bin. This is pretty a surprising rumour – because everybody’s who’s had any time with it has walked away with nothing but praise. Publisher Bethesda has – unsurprisingly – declined to comment.

Here’s the game’s last trailer = showing you what you can’t have. 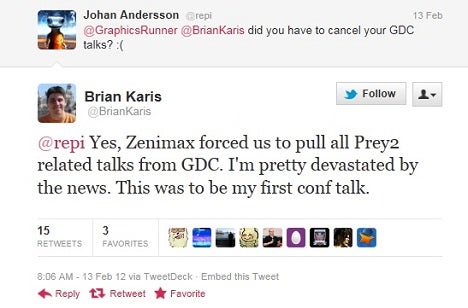 You can do an awful lot in seven hours, but beta test an upcoming multiplayer game? That s…