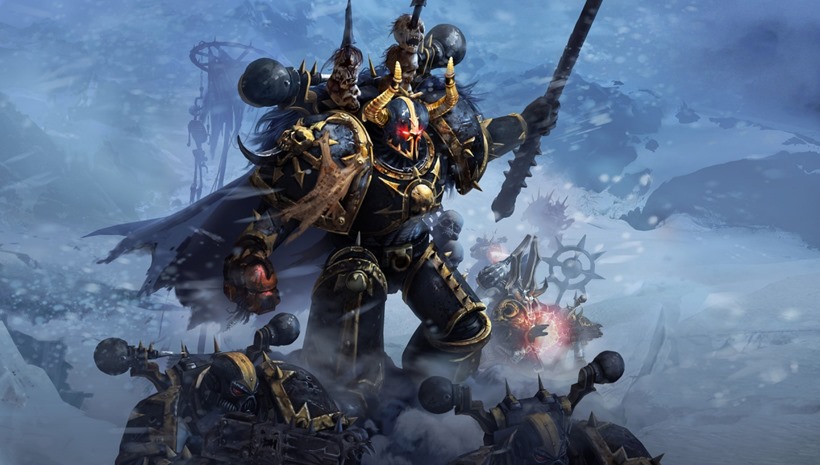 Relic Entertainment hit the nail on the head with those two games, excellent strategy titles that gave players a true sense of scale when building a Space Marine dreadnought that would lumber into battle and hit Orcs with Stone Cold Stunners and flames.

If you’ve never ever played a Dawn of War game, it’s essentially every single sci-fi trope ever made going head to head in glorious strategic battle. Imagine killer robots that billions of years old, super-soldiers in Iron Man armour, human fodder and a looming lawsuit in the form of the Tyranids, all going at one another.

The sequel upped the ante with new factions (NECRONS FOR THE WIN YO!) and an even deeper strategic aspect, as well as more detailed RPG mechanics for your army commander. It was heavenly. Heavenly I say!

So even though there are two other Warhammer 40K real-time strategy games on the way, I have zero complaints about a third Dawn of War. And that’s what Sega may be doing, as the company registered a trademark for Dawn of War III. AGB has the link, right here.

Dawn of War developer Relic Entertainment have been busy with Sega’s other star-RTS franchise, Company of Heroes, since Dawn of War II wrapped up with the Retribution expansion back in 2011.

I reckon it’s about time to get off of the Normandy beaches and back down to whatever mudhole the Orcs have overrun. I’ve got a lot of love for the Dawn of War franchise, seeing as how it survived the fall of THQ and ended up in the hands of Sega.

And honestly, this is one franchise that Sega desperately needs right now, to have some presence on the PC platform at least. If you’re keen to try it out, you can usually pick up a Dawn of War game for cheap at any gaming shop.