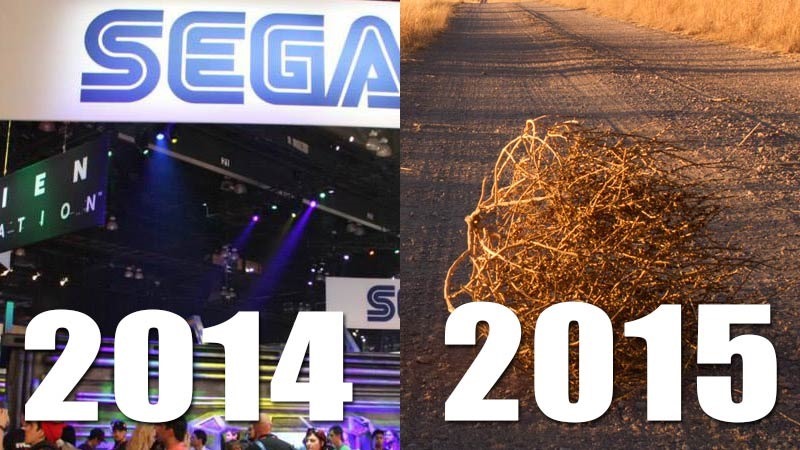 E3 may be massive, but it’s also predictable to a certain extent. You know that Xbox and Sony are going to have massive swathes of floor space dedicated to their first-party titles. You know that the second a herd of indie developers smells your scent, you’re going to have to run and leave the weaker members of your team behind to be slaughtered, because that’s how nature works. And you know that you can always expect to see certain iconic publishers present. But this year, Sega is giving E3 a miss.

And it’s not surprising. The past couple of years haven’t exactly been kind to the former gaming titan, as poor sales and even poorer reviews have seen its share of the market shrink. Outside of Japan, Sega is tanking, which has led to the publisher to revaluate how it wants to stay in business and alive over the next couple of years. “Over the next months, SEGA of America will be focusing on the restructure and relocation to Southern California, and we have decided to not attend E3 with our own booth this year,” read a Sega representative’s statement via Destructoid.

With the majority of our bigger titles launching later in 2015/2016, particularly those from our AAA studios Relic Entertainment, Sports Interactive and Creative Assembly, we are concentrating our efforts for some of these major announcements after our relocation. Instead, we will be collaborating with our various business partners for this year’s E3 show.

What that means then, is that we’ll still see some Sega-published games on show. Just at different booths then. Which means that I’ll need to keep an eye out for Total War: Warhammer. Shouldn’t be too hard though. Knowing Creative Assembly, they’ll most likely have an actual Space Marine sawing their developers in half as they drum up attention for that game.