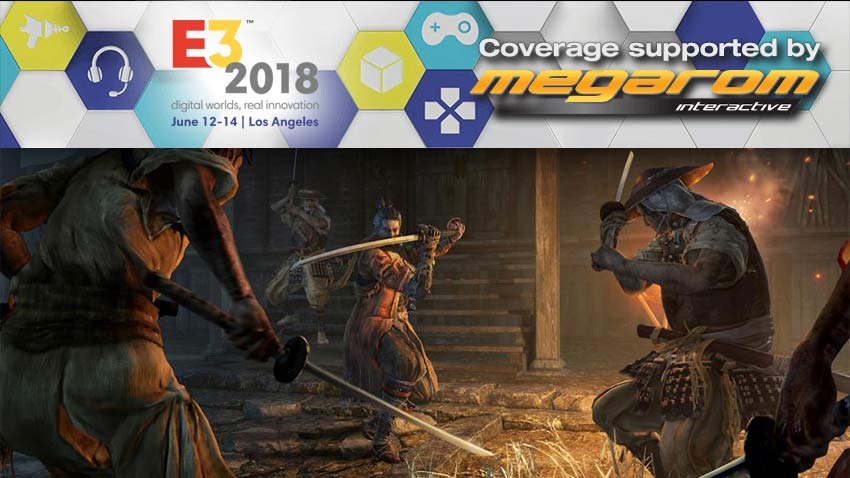 I never thought I’d ever say this…but guys I want the next game that From Software is currently busy with. While previous games such as Dark Souls and Bloodborne turned me off thanks to their depressingly gothic designs and punishing gameplay, Sekiro: Shadows Die Twice feels like a breath of fresh air. It’s still as challenging as can be, but this is one game where players have a lot more bite thanks to the range of extra actions and abilities handed out to them.

Sekiro is also utterly gorgeous thanks to its Japanese palette that mixes bloodshed with mythology, and the increased sense of aggression and adventure makes for a very different game when compared to its predecessors that were developed at From Software. Naturally, I had some questions. Fortunately, From Software’s Yasuhiro Kitao and his translator had some answers for me, when we chatted during an E3 2018 session where a lengthy slice of Sekiro was shown off behind closed doors.

What does “Sekiro” actually mean? 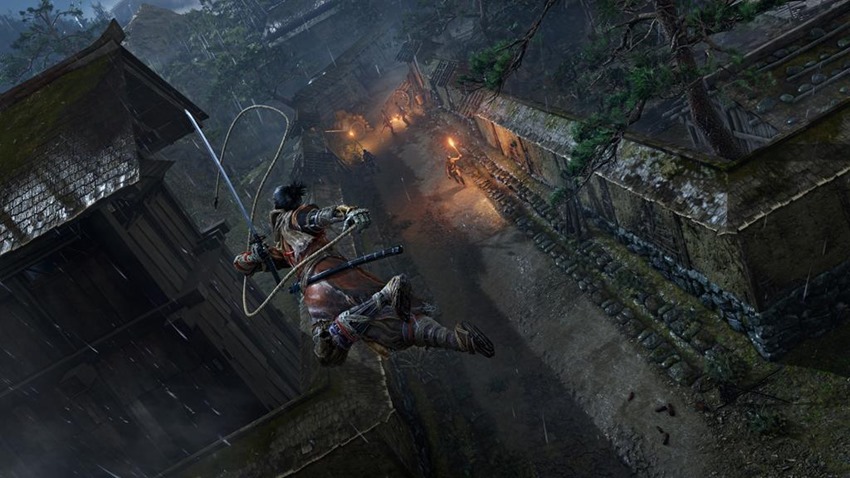 Sekiro is actually two kanji. The left part of “Seki” comes from an old Japanese word that is “Sekiwan”, which means someone who is one-armed or missing a limb. And then the second part is “Wolf”, so it translates to “One-armed Wolf”. It’s not the hero’s name, but it’s describing the character.

In terms of structure, is Sekiro: Shadows Die Twice a more open game like later Dark Souls titles and Bloodborne, or does it stick to a very linear path? In terms of linearity, if we had to use a reference point, we’re probably closer to Dark Souls 1 in open-world structure. The part that is similar, all of the different areas in the game are interconnected and additionally there are multiple paths to go in between them all.

Is Sekiro a story-driven game, or is it an open canvas on which the player can paint their own tale?

The story that they’ve prepared this time around, it has aspects that might be easier to understand than in previous titles. That said, it would be going way too far to call this a story-driven game. Similar to previous titles, the story of the game is really your play experience and that hasn’t changed at all.

Will Sekiro have a class system for players to choose from? 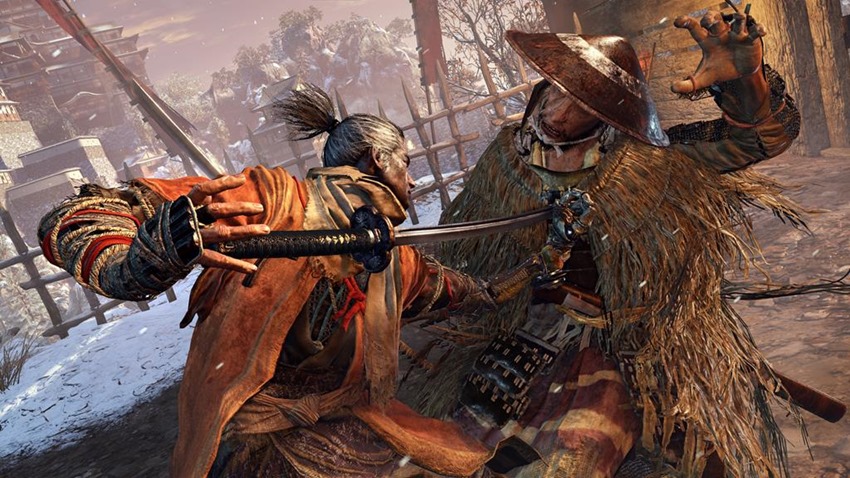 There’s only one class: Ninja

Instead of choosing a class in the beginning, there’s only one class: Ninja.

So the goal is for the players to role-play as a ninja. The idea is that as you’re playing through the game, they put in a ton of things that you can do. You can use stealth, you can use tools. There’s a lot of various strategies that you can employ, so it goes very wide with those so that you can get that wider breadth of options throughout the game.

So far in this demo, I’ve seen Sekiro use the tools of his left arm, some magic and his trusty katana to scrape through battles. Will there be any other weapons available to collect and improve Sekiro with? 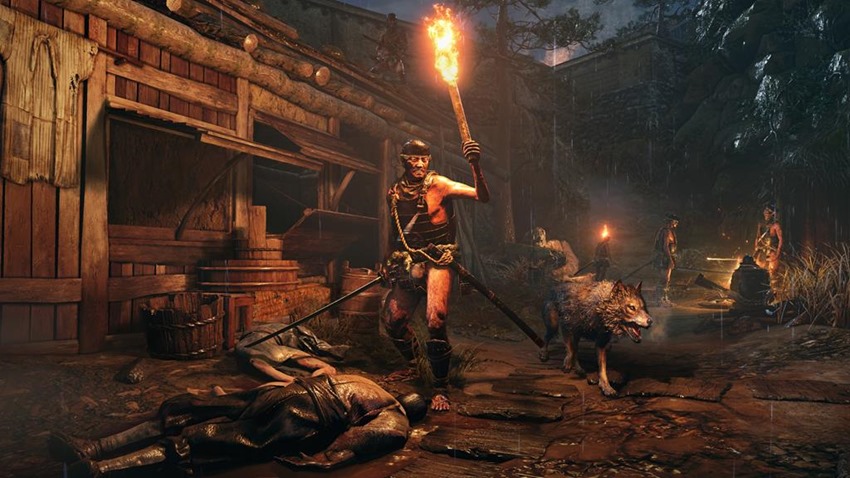 The way that you gain strength in the game, is not the same as what you have seen before

We’re not going into extreme detail on all the ways that stuff works, but we can give you the high-level. The high-level is that the base-form gameplay is using the katana in one hand and having the arm-tools on your left. There are a lot of different arm-tools that you’ll obtain through the game, The katana itself is meant to be your base. In addition to that, there are going to be a lot of different skills that you can obtain for combat for both the sword, your arm tools and what we call taijutsu which is your kick moves, flipping and all that stuff.

A lot of the progression has to do with obtaining new skills as well. You will find a lot of things in the world that will make you stronger. The way that you gain strength in the game, is not the same as what you have seen before. The level-up system won’t be there as you have seen previously, we’ll have something new and different there.

So will Sekiro have a familiar RPG system of improving your stats in the game? 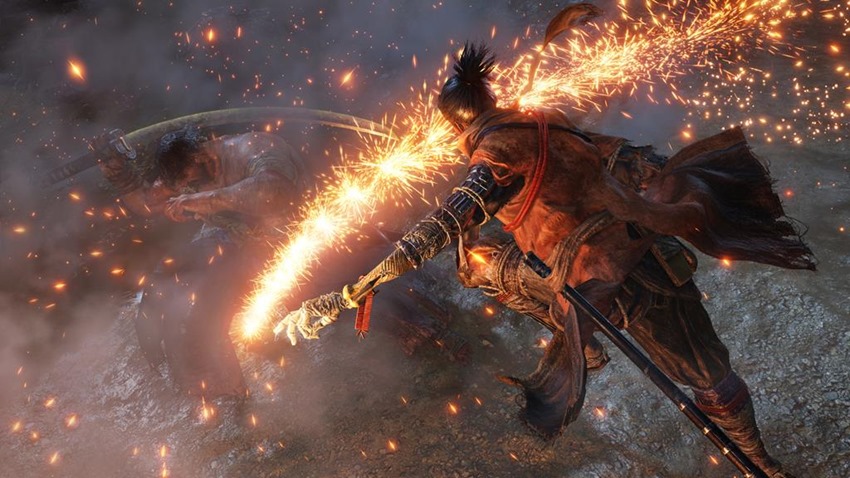 It’s not exactly like in previous titles, where you’re like ‘I’m adding two points to strength’ . It’s going to be a different form of increasing your character strength.

Is Sekiro a single-player game with multiplayer elements like in previous Dark Souls titles? 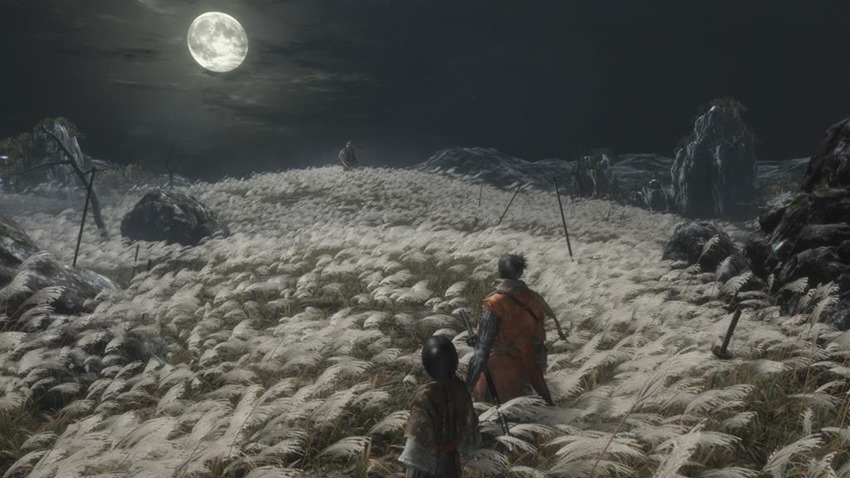 This game is intended to be a single-player focused game, it will not have online functions. There are various reasons for this. When you’re designing a multiplayer game versus a single-player game, you go about it in very different ways. This time around we decided that we wanted to focus on that single-player experience.

How will the resurrection system, stealth and verticality systems impact on boss fights and other enemies, when compared to previous From Software games? 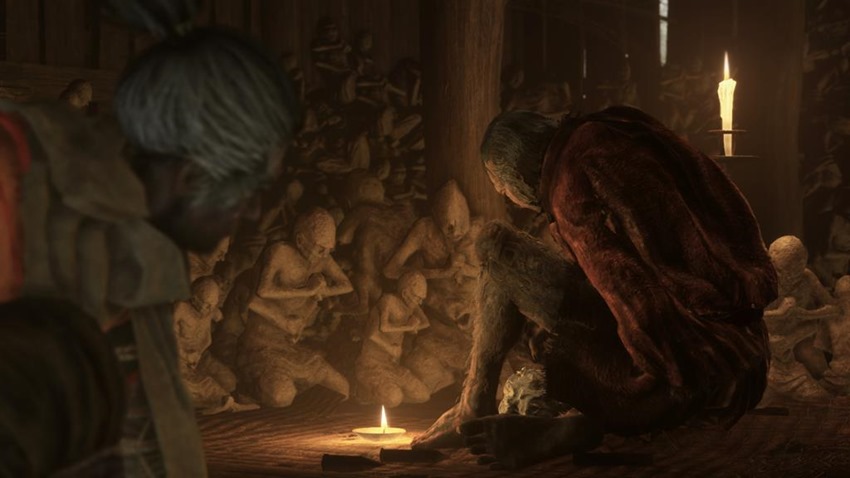 if you use strategy really well you can gain an advantage

The resurrection part, the idea is that you’re not just going to be able to use resurrections left and right, there’s going to be a limit to the number of times that you can do it. We’re also thinking of adding penalties, there’s a lot of stuff that’s in the works over exactly how that will work. Rest assured, it will not be making the game easy by any means.

For the verticality changing encounters, you can use the grappling hook to escape if you’re in trouble which can be extremely helpful and reset the battle. You can also approach encounters from above and start forming an advantage. The other hand of that though, is that in this title you encounter a lot more enemies at once than you would in previous titles, and so these things become really necessary.

In our previous titles as well as this one, if you’re smart about it, there are ways where you can figure out how to win. Here, there are just a lot of options. Because you now have stealth and the wire stuff, there a lot of ways to get around that if you figure it out, if you use strategy really well you can gain an advantage.

If you really want an insane challenge, you can just run at them all. It’s probably not going to end well, but if you think you’re that good, it could be a fun challenge to think of!