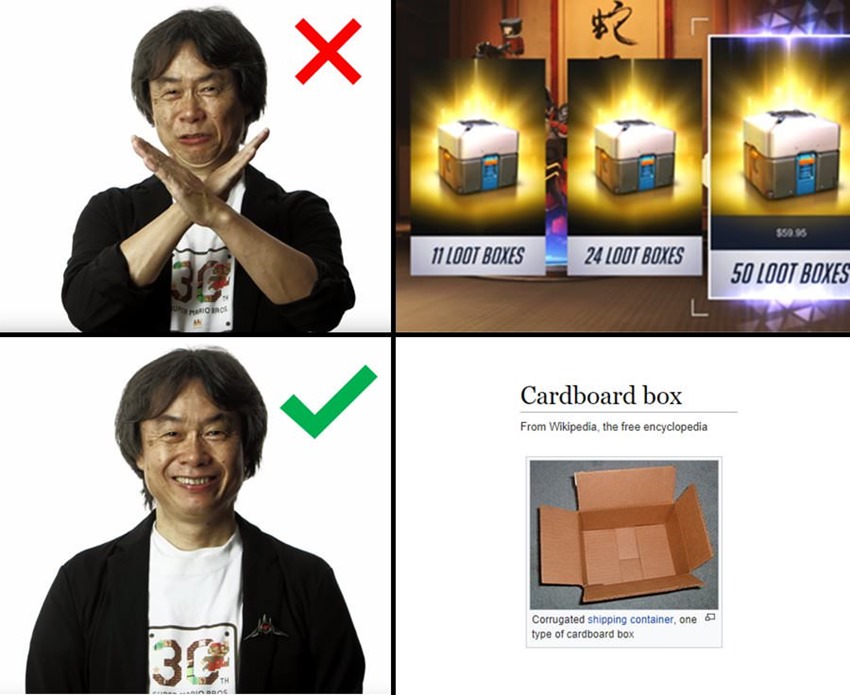 Contrary to popular believe the gaming industry has always existed to make money. The developers and publishers that make our games are businesses, and don’t exist solely to provide us with entertainment. It does, however, seem that industry, has transitioned from a simple one that sold stuff, back to being to one that constantly tries its best to wring every cent from consumers, just like the old arcade days. As somebody who’s been playing games since the dawn of time, it’s been disheartening to see the unchecked nickel-and-diming that free-to-play gaming, loot boxes and microtransactions affect.

Also not keen on those models? Legendary video game designer Shigeru Miyamoto. Speaking at the Computer Entertainment Developers Conference in Japan (via Bloomberg), the guy who brought us Donkey Kong and Mario called on the industry to deliver games at a reasonable, fixed price to avoid over-charging consumers. He’s critical of games that use free-to-play mechanics to drive up profits.

“We’re lucky to have such a giant market, so our thinking is, if we can deliver games at reasonable prices to as many people as possible, we will see big profits,” Miyamoto said.

That’s counter to an industry that sees some of the biggest games being given out for free, and reaping the rewards that come with selling loot boxes. He says this despite the company’s mobile (and excellent, I might add) Super Mario Run – sold at a fixed cost – falling short of expectations. Funnily, Nintendo has found much more success with its free-to-play mobile Fire Emblem game. Hmmm.

“I can’t say that our fixed-cost model has really been a success,” Miyamoto said. “But we’re going to continue pushing it forward until it becomes entrenched. That way everyone can develop games in a comfortable environment. By focusing on bringing games to the widest range of people possible, we can continue boosting our mobile game business.”

Miyamoto asserts that the industry should still push for a culture where consumers will pay for the games and services that feel like good value. He highlighted the plight of the music industry after MP3s, file-sharing and even YouTube eradicated sales, saying that subscription services could play a bigger role in games in the future, but the most important thing is to deliver value.

“It’s necessary for developers to learn to get along with” subscription-style services, Miyamoto said. “When seeking a partner for this, it’s important to find someone who understands the value of your software. Then customers will feel the value in your apps and software and develop a habit of paying money for them.”