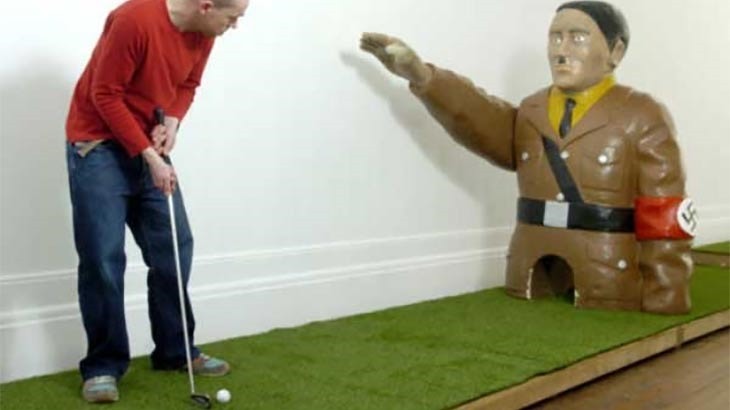 If you ascribe to the old blue comedy propaganda deriding Nazi leaders for their odd genitals, you’d know that Hitler had just the one testicle, and you’d know it to the tune of the Colonel Bogey March. Elite Sniper 3 has you sending bullets through the heads of Nazis, but the one affixed to the shoulders isn’t the only head worth shooting at.  Aiming for little Hitler in the game confirms the Nazi leader’s monorchism. It’s probably why he was so Fuhrerious.

You can see it all in action here, as AFGuidesHD sends a bullet right into Adolf’s nads. You’ll get to do this yourself, if you have Sniper Elite 3’s Hunt the Grey Wolf DLC, which is available right now.

Here’s the old song as I remember it, though there were many versions, including the more famous one about Albert Hall.

Hitler has only got one ball, Göring has two but they are very small, Himmler has something sim’lar, but poor old Goebbels has no balls at all.