Home Gaming So why was BioShock Infinite delayed? Yesterday came the crushing news that my most anticipated release for this year, Bioshock Infinite from Ken Levine’s Irrational Games would be delayed until next year. After sobbing for a few hours, I started wondering why the delay was necessary; everything we’ve seen from the game so far points to it already being incredibly polished, and nearly ready for prime time – but it’s coming a third of a year later than originally expected.

The one possibility, according everyone’s favourite professional guesser Michael Pachter is that its release has been put on the backburner to open up space for Grand Theft Auto V – which could see a surprise release announcement as early as this month.

“If (and that is a BIG ‘if”) there is any coordination within Take-Two among Rockstar and 2K Games, it makes a lot of sense that management would have shifted BioShock Infinite to make room for GTA V,” he said to CVG.

“It’s entirely possible that the Rockstar team just committed to delivering GTA V on October 23 (write that in ink on your calendar), and Take-Two management thought it imprudent to launch their two biggest games of the year a week apart. I’m sure Irrational will make judicious use of the extra time, if the foregoing scenario is true.”

This is entirely plausible, if you take in to consideration that Rockstar and 2K Games both fall under Take-Two Interactive. A new Grand Theft Auto release is certainly more of a global “event” than a new BioShock (though I’ll admit, I’d much rather play the later). If this is the case, expect news later this month after Take-Two’s investor call, or just before E3.

Another option, suggested by a LinkedIn job listing by the game’s creators from just a few days is looking for “talented and experienced individual to help us with the networking aspects of BioShock Infinite.”

It would task said employee with the following responsibilities:

All of which sounds like, ugh, multiplayer might be headed to BioShock Infinite. A third, suggested by reader Macethy in the comments on yesterday’s announcement is even more depressing.

“Dear fans. We are sad to inform you that we are delaying Bioshock Infinite so that we can have a truck load of day one DLC for $10 a pop upon release. Thank you for your patience and money” – The Bioshock Infinite dev team, he said..probably only half-jokingly.

Of course, it’s entirely possible, probable even that Levine and his team are just delaying the game to make what looks like an incredible experience even better – and that’s something I don’t mind waiting for. 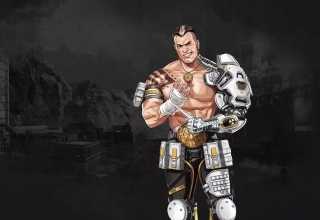