Home Gaming SOMA is going to be ‘gut-chilling’ 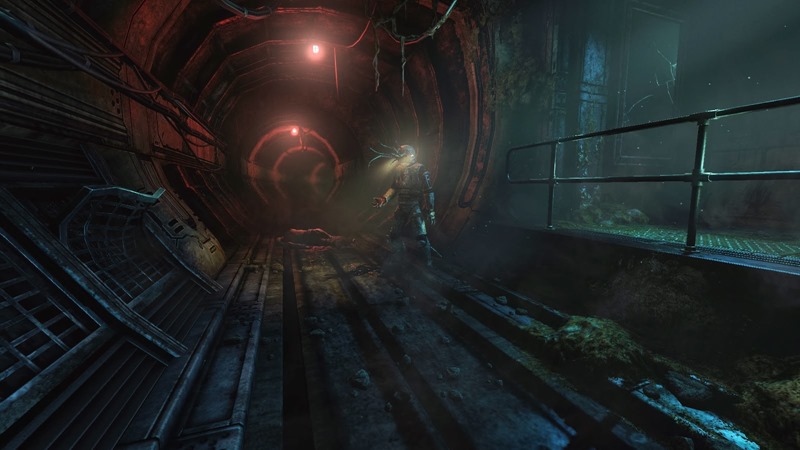 I ain’t afraid of no ghost! What I am afraid of however, is pretty much everything else in existence, especially survival-horror games. 2015 has plenty of games in that genre making a comeback, but out of all of them, SOMA may have me reaching for a pair of fresh pants the quickest. And that’s because the game is looking to revitalise the horror experience.

“I really hope that people will feel it is a fresh experience. There have been so many games now that are just about running way from monsters, and I think a lot of player are getting desensitized to that,” Frictional lead Thomas Grip  told GamingBolt.

So our goal is for SOMA to also feel like a revitalization of the horror genre, just as Amnesia did. Will it be as scary? I do think so! Not just in the same primal ‘run and hide in closets’-fashion that Amnesia evoked, but at a more deeper more psychological and gut-chilling level.

Compared to the usual jump scares and rivers of blood that were present in traditional horror games, Amnesia was a different beast in the survival-horror genre when it was released several years ago. Thanks to some unconventional enemies, the game managed to differentiate itself from other contenders in the field. And when it comes to enemies, SOMA will also have some new variants in play to provide for a fresh experience.

“The monsters are not really enemies in the sense they are in a game like Resident Evil, or even Outlast. You will see very little of them, and we are very careful not to overuse them,” Grip said.

Most creatures will only appear in one or two specific locations, he continued, and they won’t always be threats – the player will sometimes need their help to progress.

We hope this gives a sense of paranoia you are unsure how to approach monsters you encounter. Finally, the creatures all also have different ‘rules’ you need to figure out. Some cannot be looked at, others only go by sound and so forth. So not only do you not know if the creature is dangerous or not, you also need to make sure you engage them in the right way.

Usually, I use the tried and trusted method of screaming my face off and running away faster than my co-op partner. SOMA is out on Mac, PC and PlayStation 4 later this year. I have a feeling that the dicks in the office are going to make me review it.