Home Gaming Sony responsible for half the worldwide console market? 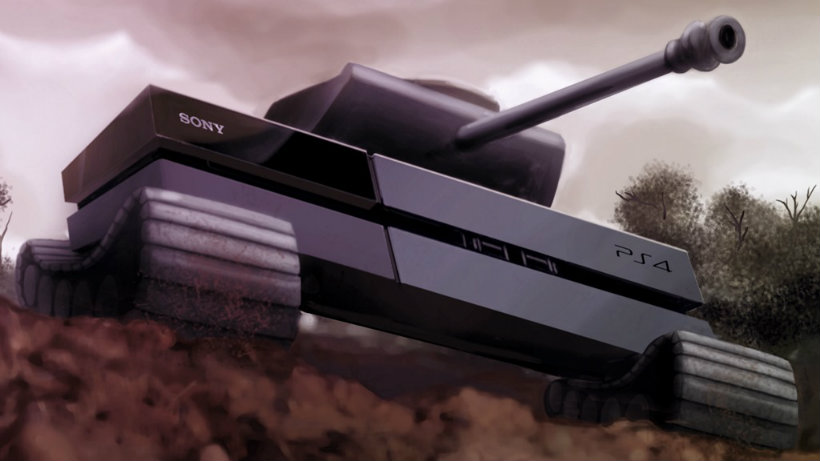 It is obvious the that PS4 is selling well. It’s dominating in Europe and around the world. That’s not to say that the Xbox One is doing poorly, just that the PS4 is doing better in terms of console sales figures. But just how much of the market is owned by PS4, and how does that relate to actual game sales for publishers?

Ars Technica has done some impressive work estimating and breaking down sales figures for the three newest consoles. Of course we need to start with the usual disclaimer about sales vs shipments – some companies talk about sales to the consumers while others talk about consoles hitting store shelves. However, most units shipped to stores by the end of June will have been cleared off the shelves as apparently stock generally moves within 4-6 weeks (according to the article, we can still debate this). Thus, the numbers are used interchangeably using figures provided up until June. Additional disclaimer – Xbox doesn’t give sales figures for the Xbox One vs the Xbox 360, only for the brand as a whole. As a result, the numbers are estimated and might not be 100% accurate. 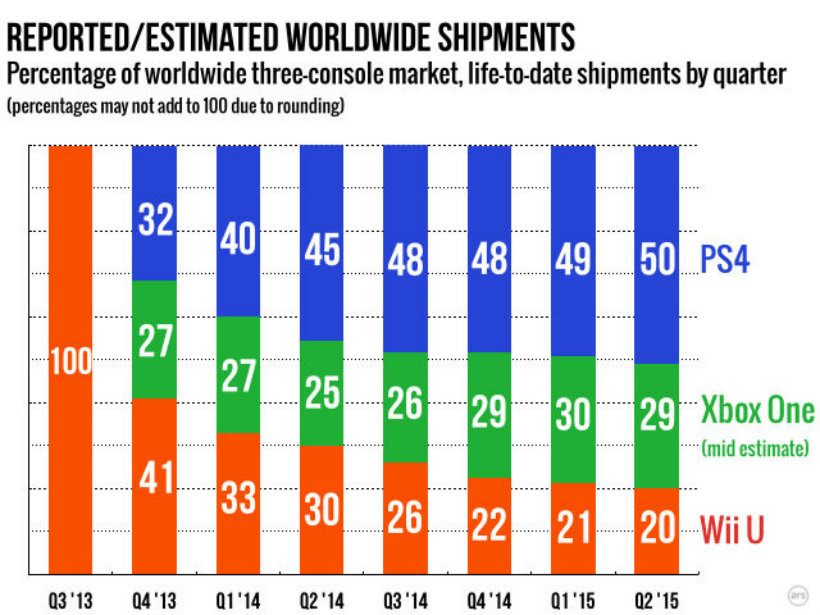 Of course it’s important to keep in mind that the PS4 is closer to 70% or even 90% in Europe, so the fact that Xbox can make up those numbers with the American markets alone shows that they can’t be performing that badly. Still, to see such a clear winner in the console war thus far is quite something. However, it’s not just about who can sell the most units, it’s about how that impacts the actual game publishers. Most publishers don’t report on the earnings per platform, but Ubisoft isn’t most publishers, and their numbers give some interesting insight. 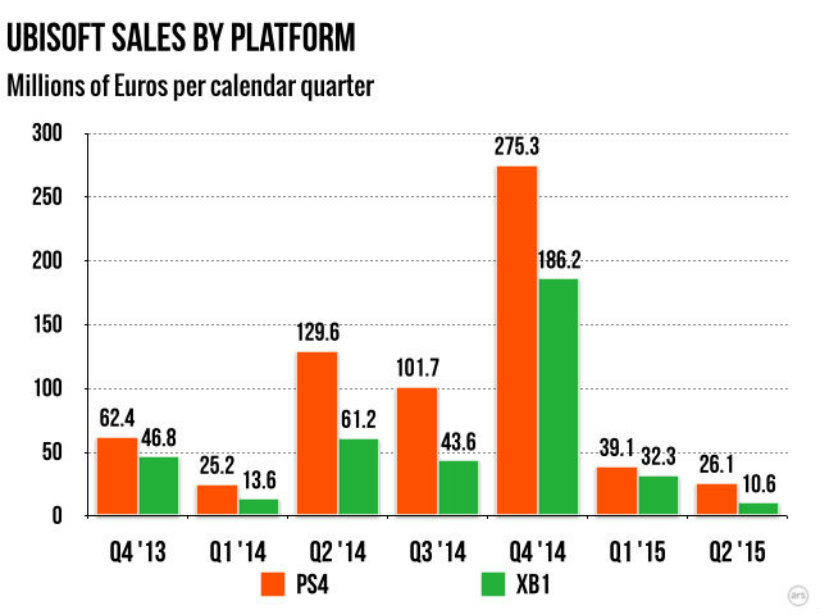 Unlike last generation, where PS3 and Xbox 360 were fairly equal in the amount of business they brought for Ubisoft, the PS4 is bringing in about two-thirds more cash for the company. That’s not to say that the Xbox One isn’t important, but it makes sense why more publishers are opting to use the PS4 as lead console for titles instead of Xbox One. While we may see some shifts with this thanks to backwards compatibility and an improved eco-system with Windows 10, that may take some time to convert to actual sales.

Ubisoft might just be a unique example; other publishers might have different splits across consoles. However, it is intriguing to see these kinds of numbers and realize that the impact of sales figures can change publisher perceptions of what’s worth their time and effort.

While I doubt that we will ever see the Xbox One reach the same level as the Wii U where third-party publishers simply stop porting to the console, these kinds of sales figures certainly will impact on relationships with publishers. It makes a lot of sense why Activision jumped ship with Call of Duty, with that many more PS4s in the wild, of course their top-selling franchise will do best there.