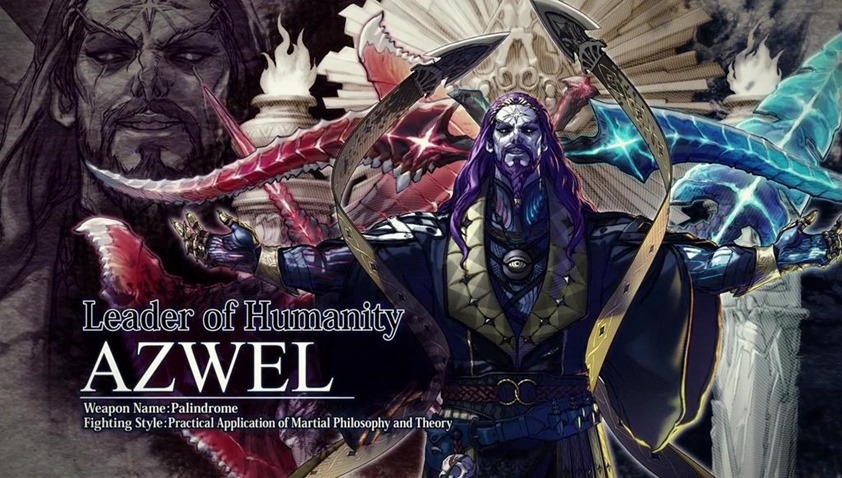 You can’t always tell if you’re talking to someone who might be eeeeeeeeevil. Psychopaths hide amongst in plain sight, Wednesday Addams may have had a salient point to make when she dressed up as a homicidal maniac for Halloween and you don’t know who you can trust these days. There are a few dead giveaways however that you might be tangling with a ne’er-do-well.

Boisterous quotes about suffering and pain, skin that crackles with the darkest of arcane energies and glowing eyes usually signal that the fella in front of you might be a bit troublesome. All factors which Soulcalibur’s latest nefarious nemesis seems to possess in abundance, as the freshest face in that roster does not look like the kind of cult leader that I’d want to invite to a party:

“You shall be sacrificed for the human race!” Azwel, Leader of Humanity, wields the powerful weapon Palindrome which grants him the ability to manifest weapons out of thin air!

Well that’s a bit different. Azwel’s key trick to combat is his weapon Palindrome, which can take on numerous shapes and forms for certain combos. That gives the fighter a certain level of fluidity within his own design constraints, while the trailer also teased him being able to use Palindrome as stepping stones from which to gain a situational advantage. Crikey. Also is it just me or does Azwel look like a more evil version of actor Chris Evans?

In case you’ve forgotten, here’s what the rest of the Soulcalibur VI roster looks like so far, which feels pretty much close to completion at this stage in the game:

Soulcalibur VI is out in October, because maybe the only game that can stand up to the might of Red Dead Redemption 2 is a brawler that features a man in a gimp mask who has knives for hands. Yes, Voldo still freaks me the f*** out. 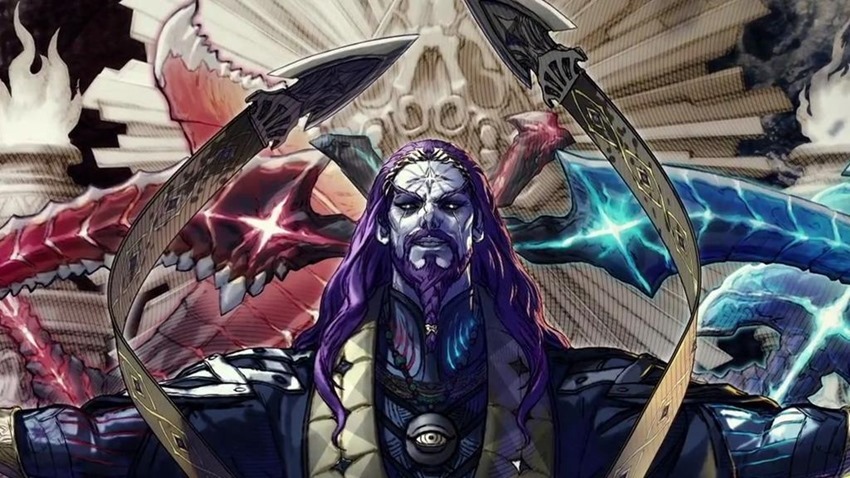