Home Gaming South Park : The Stick of Truth has been F$*#ing censored! 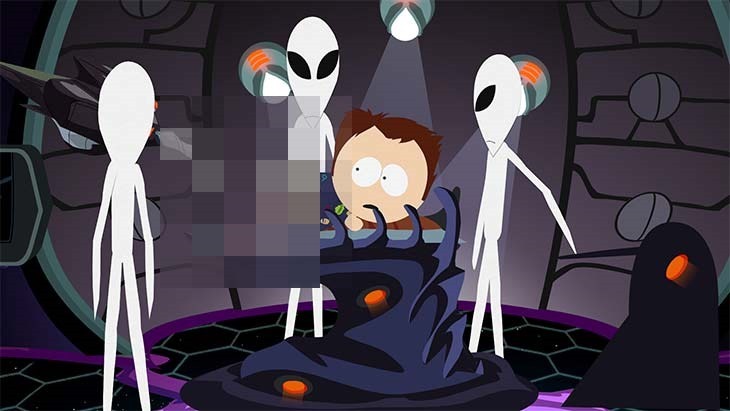 Late last year we told you that South: Park: the Stick of Truth had been censored for our mates down under – and we laughed about how Australia was a nanny state, unable to separate adults from children. The joke, it seems, is on us. The version of the game that we’ll be getting is also quite heavily censored. And it has nothing to do with the FPB.

“Seven scenes of about 20 seconds each are censored in the EMEA console versions of South Park: The Stick of Truth. The decision to cut this content from the game was made by Ubisoft EMEA,” says the literature accompanying the game’s review guide, according to the UK’s BT.Com.

Here’s a list of the stuff that’s been excised (via AGB):

Each of the removed scenes has been replaced by a still image, with a text descriptor explaining the things you’re not seeing. Hey, maybe it’s actually funnier that way.

Thing is, the game has an 18+ rating, so it can only be sold to people who’re legally able to decide what content is and isn’t suitable for themselves. The only way you’ll be able to play the game with all of the content if you live in Europe, The Middle East or Africa is to cut through geo-fencing and grab the US version through a digital store of some sort. Or wait for some enterprising person to mod it back in to the PC version of the game.