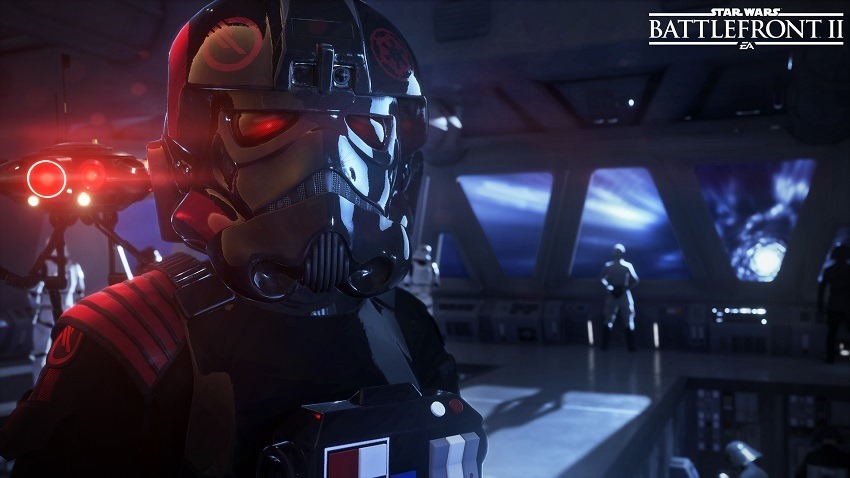 With Star Wars Celebration all wrapped up and all Star Wars fans’ hearts returning to normality after that amazing Last Jedi trailer, it’s time to dig into the rest of the juicy announcements the conference had to offer. Namely concerning Star Wars Battlefront II – the sequel to the rather unambitious return of the franchise that’s already checking all the right boxes. Most of which are thanks to a new campaign, which is going to add a load of new information to a missing 30 years.

Being headed up by Jade Raymond’s recently formed EA Motive (and co-written by Walt Williams, who wrote the highly-acclaimed Spec Ops: The Line), Star Wars Battlefront II will put players in the boots of Elite Imperial officer Iden Versio. She and her elite squad of stormtroopers were just minding their own business killing Ewoks on a moon of Endor when they witnessed the impossible – the victory of the Rebellion after they turned the second Death Star (and by extension, the Emperor) into millions of bits of space dust.

Battlefront II kicks off there, fleshing out the time between Return of the Jedi and The Force Awakens. Considering this tale will be canon, it’s going to be our first look at just how the Empire dealt with the loss of their hold on the galaxy. Although playing as the quintessential “bad guys” of the franchise, this could also offer a more intimate look at the faces behind the binary association. Versio, from just the trailer, doesn’t seem like the blindly evil character the Empire has so often been portrayed by. Seeing the rise of the First Order through her lens could provide a very different take on a universe so many are so well versed on already. With the extended trailer came some new looks at the multiplayer action too, which is finally headed into space after the glaring omission in the first title. Maps and heroes will span across all eras of the franchise too, so you can expect to see Darth Maul and Master Yoda just as easily as snowy fights on Hoth and teammates riding Tauntauns. Should you choose to pre-order the game, you’ll also receive alternative skins for both Kylo Ren and Rey, which will be featured in The Last Jedi in December.

Speaking of digital content, Mashable got to talk with creative director Bernd Diemer, who seemingly confirmed that the sequel will not include a season pass. EA later clarified the statement, while also making it clear that the criticism of the first game’s content plan did not fall on deaf ears.

While we’re not ready to confirm any live service plans just yet, what we can say is this we heard the feedback from our Battlefront community loud and clear. We know they want more depth, more progression, and more content. So we’re focused on delivering that in every dimension of Star Wars Battlefront II. We’ll have more to share about our plans soon.

Star Wars Battlefront II is shaping up to be a sequel keen to learn from its mistakes. Hell, a canonical story from a different perspective alone has me far more excited for the game after the sour taste the first one left in my mouth. It’s out on Xbox One, PS4 and PC this November 17th.