If you were following our feeds on Twitter yesterday, you might have noticed that Nick was asking if anyone felt like murdering me, in a horrific and public manner, because I told him earlier that I thought previous Bioware Star Wars games were boring. After having to fight my way through several waves of Star Wars ninja fanboys and out of shape wannabe Stormtroopers, I received some bad news regarding the preorders for SWTOR, something that Nick will no doubt blame me for as well.

If you’re the kind of Star Wars fanatic who is planning on downloading the latest light-sabre shenanigans MMO from Bioware, instead of standing in a queue with the rest of us filthy peasants and our hard copies of the game, don’t go spending cash on a pre-order yet.

The Bioware forums has confirmed that only select European countries will be joining North America for the exclusive pre-order launch, meaning that the rest of the world will have to just wait that little bit longer, while our more fortunate brethren get to level up and leak story spoilers.

Bioware released the following statement regarding the exclusivity of the pre-ordered game;

To all of our fans outside of North America and Europe:
Today we’ve announced the pre-order details for the initial launch of Star Wars: The Old Republic, and as you may now know, we’ve taken the difficult but necessary decision to limit our initial launch supply for the game. BioWare and LucasArts are completely focused on building an exceptional game and an exceptional game service to go with it. We decided to constrain our launch capacity to ensure we deliver a great experience to every player.
Part of the reason this decision was made was because of the overwhelming demand for The Old Republic, and we’re humbled by that level of excitement and anticipation. We fully intend to deliver to you an amazing game when we expand our service post-launch, but right now we cannot commit to any timeframe for when that may happen. As soon as we have more information about additional launches in more territories, we’ll let you know.
We are committed to delivering Star Wars: The Old Republic to BioWare and Star Wars fans around the world, and to growing a truly global community.

So is this another case of exclusivity that negatively impacts the rest of the world, or is Bioware justified in their approach? One thing is for certain, is that all these exclusive offers  lately that are targeted only towards certain countries, is starting to make me feel like a second class gamer again.

[Thanks to StevenMcD for the tip] 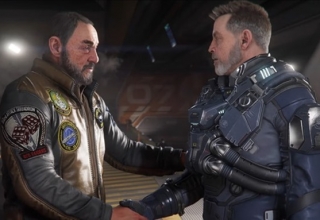 In fact, they’re being downright spicy about the whole thing as the legal tussle between the two companies become more heated.