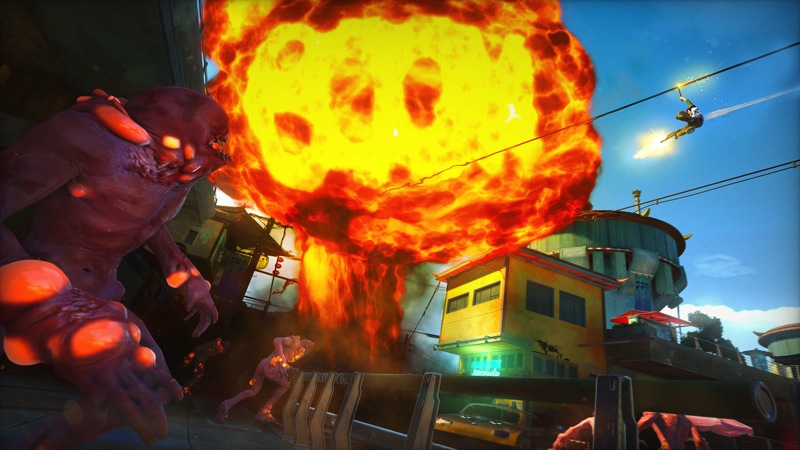 Teddy bears being ripped open and stuffed with dynamite. When a trailer has something like that in its first few moments, then I know I’m watching something good. Sunset Overdrive already knows it’s a wildly unfamiliar and unique game, so why should it’s trailers be any different?

They shouldn’t be really, and thankfully they aren’t. Most of the time live-action trailers mash together some gameplay and bad CGI. But Sunset Overdrive isn’t “every other game”. Here you’ve got a director nearly blown to bits, sexy hamburgers and infected creatures signing NDA’s.Over the top, unexplainable ridiculous behaviour. The very essence of what Sunset Overdrive is.

If you’re still on the fence about Sunset Overdrive, particularly because of its style, then this isn’t really going to change your mind. Then again, it shouldn’t have to. Sunset Overdrive isn’t going to be a game for everyone, but I’m looking forward to its unique and insanely different gameplay more than anything else.

I just hope the thrill of grinding around and shooting stuff doesn’t get old a few hours in. Sunset Overdrive launches exclusively on Xbox One next month.