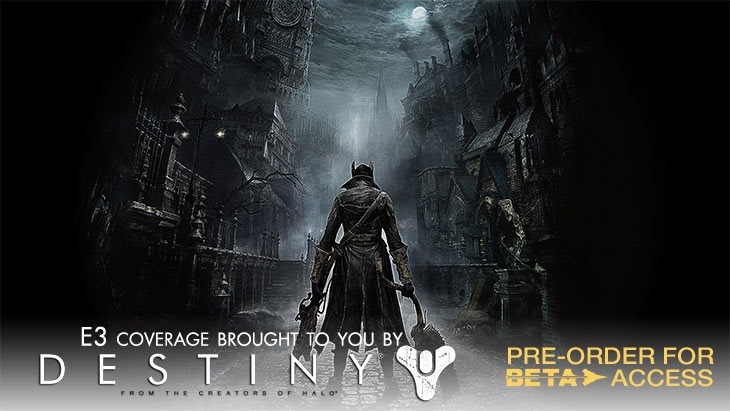 Bloodborne from the renowned masters of masochism, From Software may or may not be the Demon’s Souls 2 you’ve been waiting for. It’s being designed by Hidetaka Miyazaki, the guy in charge of the excellent Dark Souls, but not the rather lacklustre and soulless Dark Souls 2. It looks excellent, even if it is currently running at a piss-poor frame rate.

It’s being shown behind closed doors at E3, but now, thanks to some liberal and illicit use of a camera, you can see the game in all of its shuddering, stuttering glory.

Honestly? I think it looks excellent, and could shape up to be exactly the sort of game Dark Souls 2 isn’t. The game was announced officially as a PS4 exclusive at Sony’s E3 conference, after spending much of its time being known as Project Beast.

A big difference here is that enemies don’t stand about waiting for you to fight them; they seem to move about with purpose, and will even actively seek you out. It’s also a little more Victorian in its aesthetic than the medieval look Dark Souls sported. the game’s combat also seems a little faster, and the sawn-off shotgun and cleaver the hero wields are far removed from the noble Lordran weaponry.

Still, it’s very much a “souls” game. And that’s reason enough to get excited.