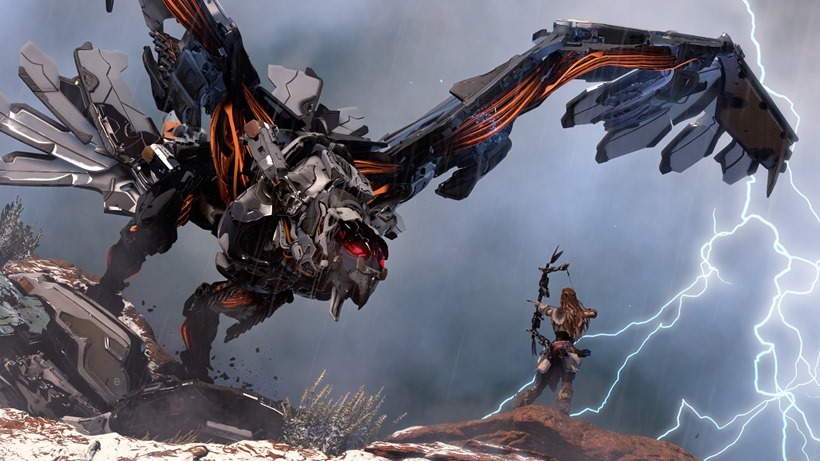 Guerilla Games are one of those Sony studios you never want to go away. Despite hanging on to the Killzone franchise for one game too many, Guerilla has proven that they know how to create explosive, visually gorgeous experiences – something which is being put to good use on their new IP, Horizon: Zero Dawn. The lush, post apocalyptic robot animal hunter, uh, RPG made a stunning debut at E3 – one which these new screenshots perfect capture.

The contrasting mix of hard, cold metal and Aloy’s (heh) more Viking-like attire are striking, as is the amount of immaculate detail that has gone in to creating the robotic wildlife you’ll need to hunt to survive. The E3 demo showed off a set-piece of incredible scale, but I think some of the game’s charm is going to come from the small hunts you undertake in the game’s open-world. Like stalking flying prey back to their nest, or trudging through thick bush to avoid sight of a migrating herd.

Simply put, it’s Horizon’s setting that holds a lot of promise, and it’s going to be very interesting to see just how Guerilla chooses to populate it. Horizon: Zero Dawn isn’t out soon, but you can be damn sure that I’m already far too excited for it.