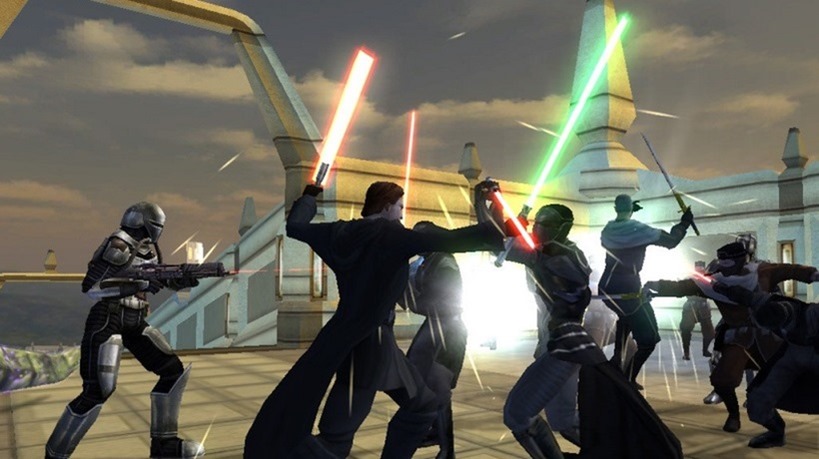 I don’t fully understand why so many people don’t like Knights of the Old Republic II. Although the first game in the series featured a more cohesive, twisting tale, it’s the second one that I’ve gone back to. The game has, sadly, aged rather badly – with half baked mods for widescreen support and alternate controller inputs. Mods that an out-of-nowhere patch just put to rest for good.

Tens years after Knights of the Old Republic II first graced shelves, a brand new patch for the game has brought it up to modern standards. The surprise fix went up for Steam users yesterday, bringing native widescreen support, 4K and 5K resolution support and, best of all, Steam Workshop support. The game is also compatible with most modern controllers now too, and rewards nostalgic replayers with 37 new Steam Achievements.

Part of the reason why KOTOR II got so much flak at launch was because of its cut content thanks to a rushed release. The third act in particular feels hollow at times – with crucial quests and dialogue stripped at the final hour. The Sith Lords Restored Content Mod has been fixing that in the past, and is now easily available via the Steam Workshop for download. It adds an incredible amount to the game which fills some plot holes, and it’s certainly worth a new playthrough.

Better yet, it’s the ideal experience if you haven’t touched KOTOR II at all before. The game is currently going for 25% off on Steam, with brand new Mac and Linux versions available as well. It struggles to hit some of the story highs that the first KOTOR did, but this sequel still poses a compelling question.

Namely, why isn’t there a Knights of the Old republic III yet?