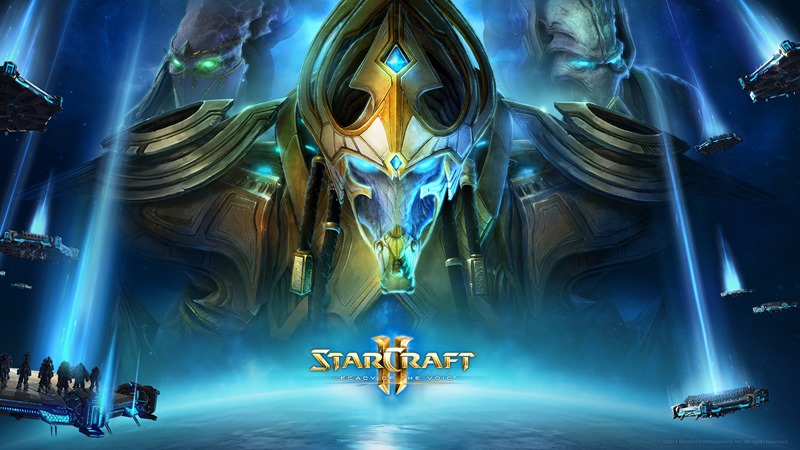 I have a love/hate relationship with StarCraft II. I love it because it’s fun, and claiming victory over an opponent is ridiculously satisfying. But then I hate it because I’m no good at multitasking and concentrating for longer than 5 seconds at a time – exactly what is needed to be any good at Blizzard’s RTS. No matter, I will definitely be picking up Legacy of the Void when it lands, for both the conclusion to the story and access to the brand new units for each faction. A new flying Terran unit has just been added to the expansion’s closed beta as a matter of fact, and now I’m even more excited.

It’s a flying unit called the Liberator. It comes with some pretty insane crowd control, for both ground and air. Check it out:

The Liberator is a large, high-cost air unit that deals splash damage against its enemies in the sky. The liberator normally can’t attack ground, but it can target a specific ground area in order to deal high burst single-target damage to any unit entering that area. This ground attack only targets units, so structures can’t be hit with this weapon.

Oh my goodness, did you see all those Mutalisks pop? The Liberator’s ground crowd control is also pretty insane. Can you imagine trying to push into a base that has a few of them AND a bunch of tanks at the front door? Yeah, I’d rather not thanks.

So how does this unit fit into the overall Terran arsenal? Senior Game Designer David Kim has some insight:

We want this unit to make the Starport more rounded along with the other changes we’re bringing into Legacy of the Void, like the banshee movement speed upgrade and the Battlecruiser Tactical Jump ability. By introducing this unit to the Starport and separating out the Terran mech vehicle and ship upgrades, we think it’ll allow for a more diverse set of strategies for the Terran. It will be difficult to upgrade all three of the Barracks, Factory, and Starport tech routes, so we’re hoping to see a good variety of mixed tech units depending on the matchup and strategies players choose to go.

I reckon a handful of Liberators with any force, regardless of tech tree, will be awesome. Then again, I’m a complete StarCraft scrub who knows a lot less than Jon Snow.

What do you think? Are you happy with this new unit? Do you feel that it is overpowered/underpowered/unnecessary?