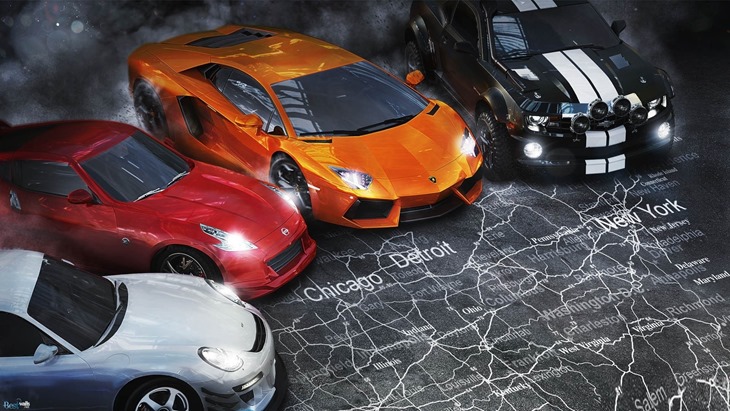 The Crew made it really difficult for me to even start playing. This week’s beta was definitely a test rather than just a chance for players to get in on some racing action early. Issues aside, I finally got to play through a sizeable chunk of what The Crew has to offer, and the Ubisoft open-world formula is immediately recognisable.

Ubisoft have become so well known for their open-world experiences that all borrow from the same blueprint. Assassin’s Creed, Far Cry 4 and Watch Dogs all have a lot in common, especially when it comes to the way the game is structured to keep you moving forward. The Crew seems to be no different, with the game throwing mission after mission at you. It’s an easy way to stay on track, but at times it did feel like I was just going through the motions and driving from one waypoint to the next.

Thankfully, this was somewhat offset by the numerous challenges that are littered around the small scale America. Unlike missions, these challenges initiate as soon as you drive through them, making them excellent little distractions while travelling from one mission to the next. Some tasked me with keeping my speed up and staying ahead of a ghost driver, while another directed me to a jump and awarded me for the precision of my landing. Each of these challenges add to your overall car level and rewarded me with in-game cash, which goes towards new car and parts purchases. 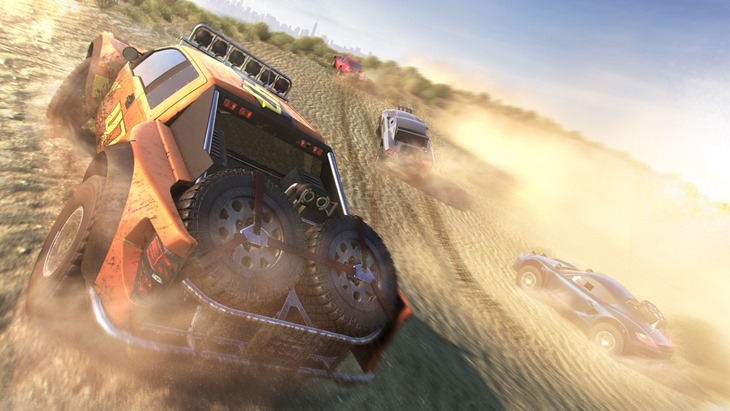 The Crew prides itself on the number of different ways you can edit your rides. There’s two very different ways you can do this. First and foremost, you need a car. Each car can be fitted with a different kit to give it a whole new purpose. Performance kits are best suited for fast cars that stick to the tarmac, while Raid beefs up your chassis and replaces those street types for something that can take the hits that off-road travel serves up. Most missions gave me the car I needed to complete the task instead of using the one I was currently upgrading, but having the correct car for the job did come in handy for challenges and a handful of missions.

Kits are one thing, but once you’ve re-skinned your ride you’ll need to get its level raised. This is done by raising your overall driver level by earning XP, but mostly by fitting new parts from your library of cars. Changing tyres to a higher level, installing a new chassis or beefing up suspension all contribute to your car’s level, which unlocks new areas and mission for you to explore. This also comes into play with the difficulty curve of the game, with The Crew having its own RPG elements.

You can think of events as fights in traditional RPGs. Winning an event, be it an escort mission, having to take a target down or getting a car from one point to another in one piece, rewards you with various items. You’ll get cash to spend on new kits and cars, XP to increase your level and parts to install in your car. So the usual gold, XP and loot scenario that most role—playing games have. Parts are even classified using rarity, with your performance in events determining whether you get Gold, Silver or Bronze parts. It introduces some incentive to do better than just wining, which is a nice touch. 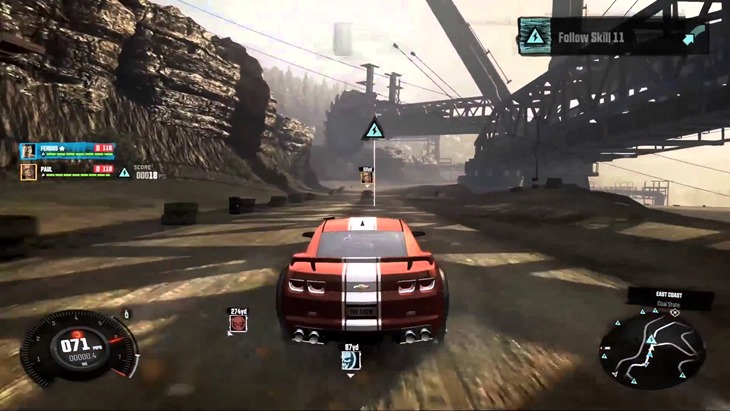 The Crew would, however, be nothing if the driving didn’t feel just right, almost like giving Aiden the most powerful smartphone in the world without a battery. On this front, Ubisoft still has a lot of work to do. Driving is definitely better than the attempts in previous Ubisoft titles, but it’s still miles behind some of the best arcade racers out there. Your car will often react unexpectedly to collisions with small objects littered around the world, flinging your car wildly at the slightest touch. The car never really felt completely under my control, and I often ended up spinning out while just trying to drift around an easy corner. Games like Burnout and Need for Speed nail this to a tee, and The Crew definitely needs a lot more tuning if it wants to feel like the competition.

Ubisoft wants to let you believe that The Crew is almost like a racing MMO, but my short experience with crews and playing with other players seems to suggest otherwise. Yes, your world is constantly connected to other players, and I was surprised to run into so many of them in the first few minutes of free-roam. Using UPlay, you’re able to invite up to three friends to tackle missions with you or just roam around like badasses. The game also seems to be completely serviceable as a single-player experience, and I never really struggled with any early missions alone. The narrative behind The Crew, however, is shallow and devoid of personality, and it just got worse the more I played.

One thing that pleasantly surprised me is the scope of the game. You’re not just racing in one city, you’ve got the whole of the United States at your front wheels. It’s not exactly to scale, but being able to race from New York and arrive in San Francisco a few minutes later is incredible, not to mention visually diverse. It’s difficult to wrap your head around how much ground there is to cover, and I suspect it going to keep people playing for a long time. Especially those hooked on the game’s car part loot system. The Crew is quite beautiful in its current state, especially in terms of dawn and dusk lighting, another impressive feature given the game’s scale. 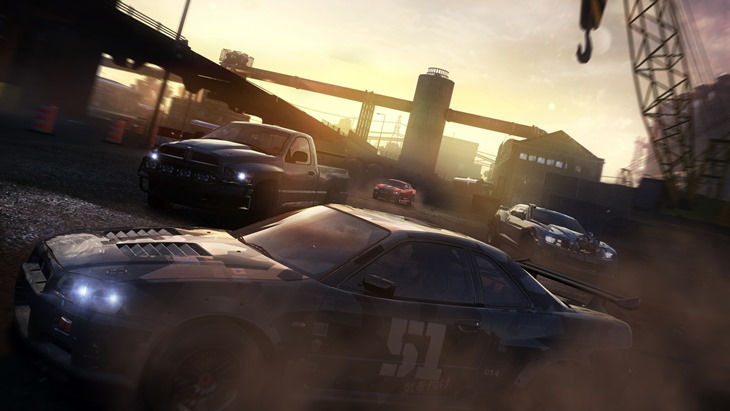 If there’s one thing I learnt from The Crew’s beta, it’s that there can be a lot more to racing games than meets they eye. Ubisoft have some odd ideas running around here, most of which help fit the game into their open-world mould. Some work, while others feel out of place. Seeing my vehicle have a life bar was one of them, as well as having objectives open up frequently close by. The Crew is almost afraid to let you explore, not realising that it’s the one part of the game that is the most captivating. Some of the issues can definitely be ironed out before launch, while others, like the narrative and seemingly bare multiplayer structure, seem a bit too deep rooted to change drastically.