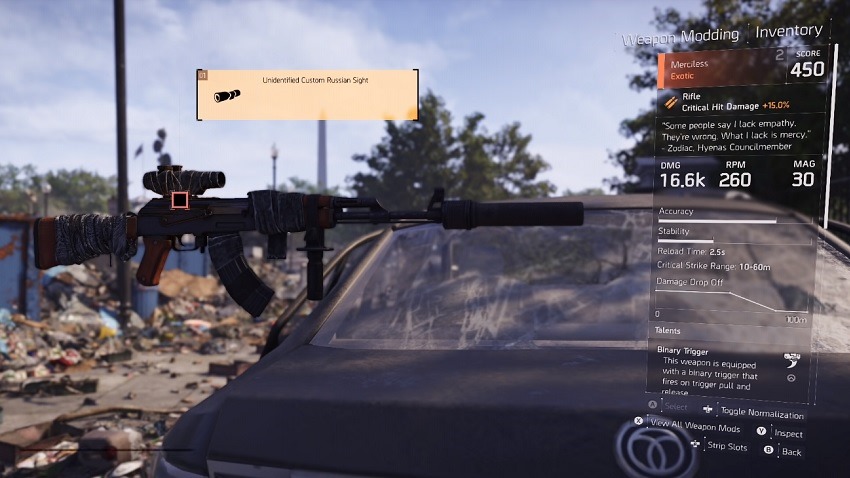 One shot, one kill. Anyone can spray ‘n pray in The Division 2, and a lot of the time, it’s a good strategy! But those Division agents who can take out a moving target with a single pull of the trigger? Those are the guys you have to watch out for in the Dark Zones. While marksman rifles will fulfil all of your sniping needs, there’s something special about the other class of rifle present in the game.

Usually boasting a beefy magazine and a decent rate of semi-automatic fire, these are the weapons that headshot specialists favour. After all, why go for one powerful shot when you can fire five decently heavy slugs in the same window of time? The cream of the rifle crop then, belongs to the Merciless Exotic rifle. With thirty rounds in its clip and an RPM of 260, this beast can easily shoot the wings off of flies.

Here’s a quick look at its stats:

How to get the Merciless Exotic rifle

And that’s all there is to it! Keep grinding and eventually you’ll get one of the most powerful and bonkers guns in the entire game.