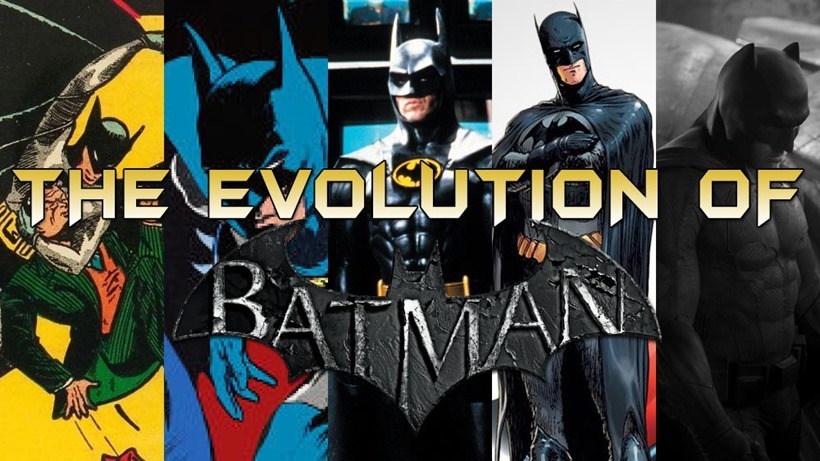 Batman has been around for over 75 years now. Three quarters of a century spent kicking ass and taking names. But the Batman that you’re used to isn’t the Batman that first started dealing fist-based justice to the criminal underworld.

Hell, the original Dark Knight was a murderous psychopath who wasn’t afraid to get his purple gloves dirty, killing super-villains by the truckload. But times have changed, and so has the Batman. Check it out, in our latest video!

I’ve grown up with several of those Batmen. Batman.s Whatever. I was a mere youth when Danny Devito’s Penguin gave me nightmares in Batman Returns. I was thrilled by weekly adventures of the dynamic duo when they hit SABC TV screens in the critically acclaimed animated series. Hell, my favourite Batman movie, believe it or not, is Batman Forever.

For me Val Kilmer will always be my favourite Batman, a vigilante who represented the best of the character: A caped crusader who had managed to come to terms with both his Batman and Bruce Wayne personas, choosing to be both. That’s my Batman.

I’m a firm believer that Batman doesn’t have to be a paranoid nightmare to those closest around him, but it has made for some interesting reading. And over the years, he has become more than just a mentally-troubled human dressed as a bat.

Batman has become a myth, a legend that has kept crime under control. Whether it’s Batman as a dark secret that you never want to cross paths with in Gotham, or a relentless force for justice that has gone toe to toe with space gods, there’s a Batman for every taste out there.

In comics, my favourite Batman isn’t even Bruce Wayne. It certainly isn’t Azrael and his ridiculous leg-belts, but rather Dick Grayson who filled in after Bruce Wayne had been sent through time as a reality-destroying bomb at the climax of Final Crisis and Darkseid’s Omega Sanction eye-lasers.

Man, comics are weird. But awesome. And Batman will always be the best. ALWAYS.