Home Gaming The first glimpse of The Legend of Korra gameplay 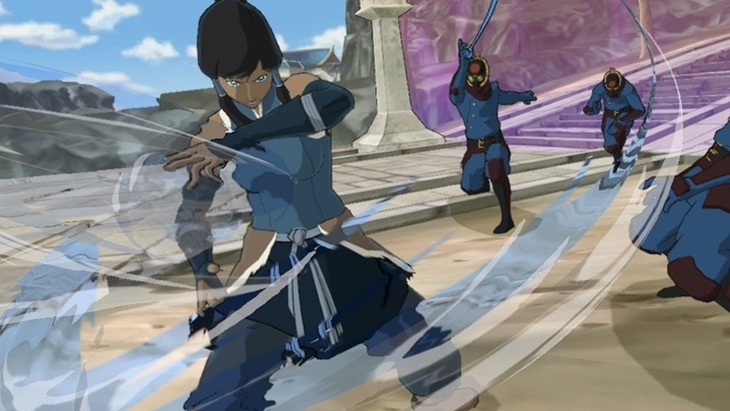 I’ve never been able to get into The Last Airbender, or The Legend of Korra. It’s not that I consider them bad shows, it’s just that I struggle to invest in animated series, no matter how much of a child I am inside. So no, I don’t particularly know what’s happening in this Legend of Korra gameplay, but it sure as hell looks like fun.

The internet went kind of crazy when Platinum Games announced The Legend of Korra videogame. The developers behind Bayonetta know how to make good hack and slash titles, so pairing them up with a girl that can command all four elements seemed like a no-brainer. The first bit of gameplay footage for the title, courtesy of IGN, basically reaffirms this.

There’s earth, water, fire and air everywhere, as Korra pulls off some visually impressive movies to dispatch some generic looking evil henchman. The combos on show are nice and varied, which seems to suggest a deep combat system underneath the gorgeous visuals. The Legend of Korra isn’t being designed as a one playthrough type of title either. Apparently you’ll be able to blaze through in four hours, unlocking different elemental powers as you go. Your second time around will start you off with all your powers unlocked (so, New Game+) which then leads on to the ultimate challenge of the third playthrough.

Not exactly everyone’s favourite way to enjoy a game. If Platinum Games manages to change things up substantially during each playthrough then it could definitely work. More enemies that soak up more damage isn’t enough to make players want to go through the whole game again.

Or maybe it is, considering the following The Legend of Korra has as a TV series. The title will be available for download later this year, on Xbox One, Xbox 360, PS4 and PS3.