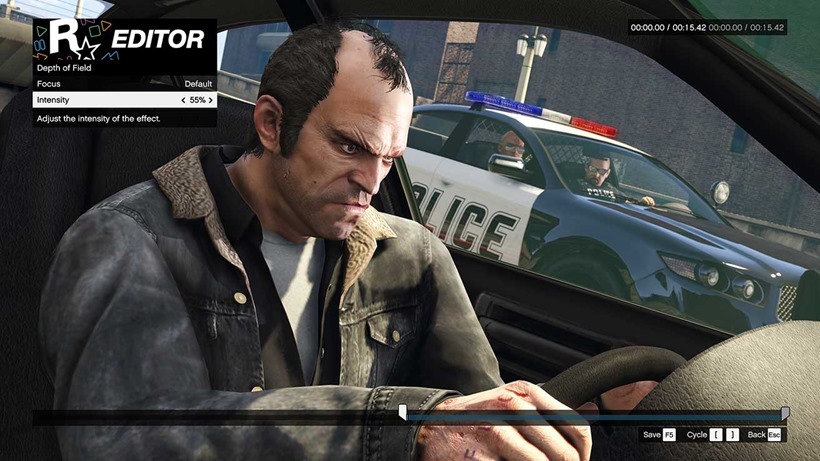 Grand Theft Auto V may have been on console long before it was on PC, but that platform got some extra love from Rockstar when it finally did turn up. Besides the obligatory bump in visuals, an expanded soundtrack and character imports, GTA V on PC had something else going for it:

A proper suite of tools that could be used by players to create full-blown videos and movies within the world of GTA V, the Rockstar Editor was an exclusive to PC.

And in a game that has a living world filled with incredible vistas, weather and a living population that is happy to take videos of your violence, it’s a feature that was sorely missed out on by current-gen console owners.

Well fret no more, because the next console update for GTA V will finally unlock your inner Steven Spielberg or his non-union Mexican equivalent, Senor Spielbergo. Announced in a blog post celebrating the winners of the Ill Gotten Gains Editor Contest, this is the first time that Rockstar has mentioned the editing program since May.

And it’s a rather comprehensive set of tools, having birthed numerous creations since the PC launch. Like this gem:

Honestly, I love programs like this. I can’t wait to start filming The New Adventures of Trevor Phillips Industries with it.