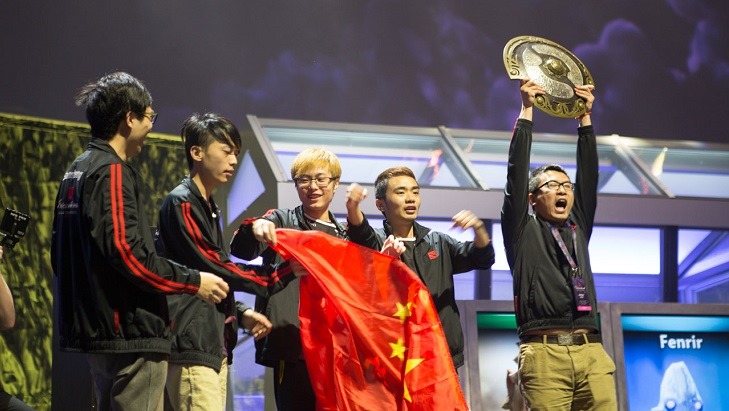 If you had to sum up this year’s DOTA 2 International tournament, you’d probably end up using the word ‘unpredictable’. The giants crashed out early, the favourites slowly fell near the end and the underdogs ruled the roost. I mean, who would’ve thought a team that nearly failed at the Playoff stages would end up dominating the competition at the Main Event, eventually taking the crown? Not many, but NewBee were out to impress.

That’s exactly what they did during the Grand Finals of The International 4 last night, dominating ViCi Gaming in the most one-sided final yet. The best of five final kicked off with a fairly interesting match, with ViCi Gaming making their intentions known early on. They were in this to win it, somewhat dominating NewBee tactically in the first of potentially five games. They looked stronger…

…until NewBee decided it was time to wake up.

The second match was definitely not as one-sided as the two that followed, but NewBee were showcasing a new level of play already at this stage. Their drafts were better, their play absolutely outstanding and ultimately they were just too much for VG. It’s easy to say they were dominated, but this was a case of NewBee just playing much better DOTA than their opponents.

That was even more evident in the third match, and by the fourth VG looked absolutely broken. The game was virtually decided in the opening minutes, with NewBee not holding back. Just a few minutes later, VG knew they had lost and conceded before the 20 minute mark, marking an end to a truly one-sided final. Definitely not the most exciting end to the amazing tournament, but still great to watch.

NewBee walk away with just over $5 million in prize money, while VG claimed a second prize of close to $1.5 million. All in all, it was yet another amazing International tournament, made better by Valve’s growing commitment to the eSport and the community’s involvement. I personally can’t wait to see what’s in store next year.